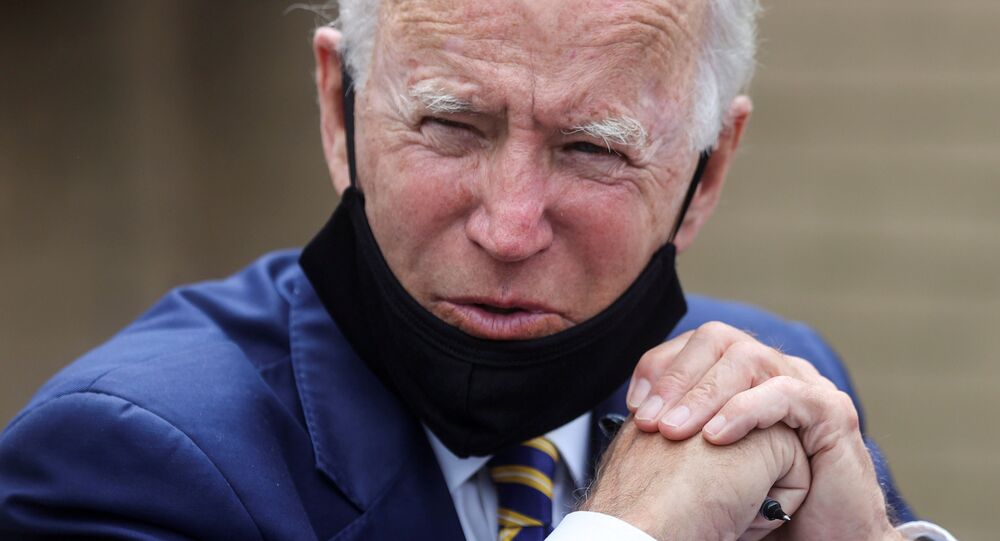 On 14 July, for the first time in 17 years, the US federal government executed a murderer convicted of killing a family of three, including an eight-year old girl in January 1996, in Russellville, Arkansas. US observers have discussed how the development may affect the ongoing presidential race.

Hours before Daniel Lewis, 47, was given a lethal injection on Tuesday in Terre Haute, Indiana, the Supreme Court overruled the District Court in Washington DC ruling to postpone Lewis' and other three executions scheduled for July and August. The Trump administration announced its intention to resume the federal use of capital punishment. In response, the incumbent president's Democratic rival Joe Biden tweeted: "Because we can’t ensure that we get these cases right every time, we must eliminate the death penalty."

Since 1973, over 160 individuals in this country have been sentenced to death and were later exonerated. Because we can’t ensure that we get these cases right every time, we must eliminate the death penalty. https://t.co/o9LQHWwmt7

​However, it was Joseph Biden who championed the legislation that expanded death penalty-eligible crimes in the 1990s while chair of the Senate Judiciary Committee. On 14 May 1992, then Delaware Senator bragged during a floor speech that the bill had enough death penalty offences so that "we do everything but hang people for jaywalking", in response to the GOP's criticism that it wasn't tough enough, according to The Washington Post. The 1994 crime law, the Federal Death Penalty Act, made 60 crimes, including drug offences which do not involve homicide, eligible for capital punishment.

"Americans see Joe Biden as being both morally compromised, and a political opportunist who calculates policy based on what will give him the most power, and control over people’s lives", opines Scott Bennett, former US Army officer and political analyst commenting on the Democratic presumptive nominee's flip-flops. "Thus, voters see no depth or substance or principle in Biden’s philosophy or policy choices, but rather view him as an amoral manipulator addicted to the thrill of power and the intoxication of pleasing the mob that gives it to him."

Actually, Lee and three other culprits are now eligible for federal executions specifically due to the law that Biden "wrote and shepherded to passage", as Vox summed up on 26 July 2019, adding that after joining the 2020 presidential campaign, the former vice president was struggling to "undo his 'tough on crime' legacy."

Besides his recent political manoeouvres concerning the death penalty, Biden is also known for forcefully voting for and demanding that "America invade Afghanistan, Iraq, Libya, and Syria, and destroyed millions of lives in the process," and then claiming "to be against these wars when the political winds shifted", the US military veteran recollects.

Touching upon the timing of the execution, Bennett highlights that it coincided with nation-wide riots and vandalism which accompanied the Black Lives Matter protests which erupted over the George Floyd killing in late May 2020.

"The federal death penalty will assume an important role in tipping the scale towards the candidate who supports it, due to the increase in mass social violence, riots, and general civil war, which has been brewing not only for the past month – but indeed the past three years", he presumes.

The American public is growing increasingly polarised and the dichotomy between "the silent-majority of law-and-order types" and "statue-destroying, angry mobs" is "setting up an ideal socio-economic environment for people to rediscover their core values and calculate which political candidate best represents them", according to Bennett:

·         On the one hand, the Americans are seeing "an alert and energetic" President Donald Trump, who is signing decrees on protecting the historic heritage of the US and statutes, preserving constitutional rights, and striving to enhance the country's economic prosperity.

The federal capital punishment question serves as a final choice for people incorporating their hierarchy of values, according to the military veteran: those who stand up for law-and-order, the suppression of mob violence and vandalism, and preservation of freedoms "will agree that the federal death penalty is a useful deterrent and restraint on the cancer of violence, and thus they will choose Donald Trump as their President".

It is unlikely that either candidate's view on the death penalty will make much of a difference to the outcome of the election, deems Professor Stephen B. Presser from Northwestern University School of Law.

"It is traditional for Republicans to be tougher on crime than Democrats, and that is usually already baked into one's preferences," he elaborates.

Meanwhile, surveys of the general public indicate that support for the death penalty is trending downwards, according to David Levine, professor of law at the UC Hastings College of the Law.

"The trend in the use of the death penalty is that it is used less and less, especially outside of the South and Texas in particular," the professor stresses, adding that some states, California in particular, have imposed a moratorium on executions with California Governor Gavin Newsom even ordering the execution chamber to be dismantled.

According to Gallup's October 2019 survey, 66% of Americans opined that "life imprisonment with no possibility of parole was a better punishment for murder than capital punishment" for the first time in Gallup's 34-year trend. For its part, Pew Research Centre findings indicate that public support for the death penalty reached a four-decade low in 2016, with only 49% favouring the execution of convicted murderers. However, in 2018 up to 54% of Americans said that they support death sentence for those charged with homicide.