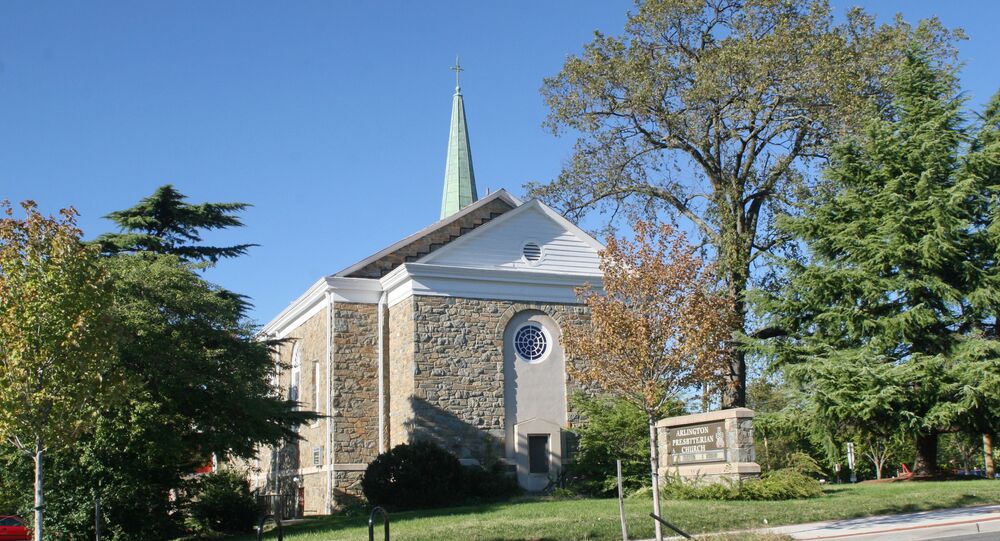 Even before coronavirus pandemic hit the world, leading to widespread bans on large social gatherings, American religious organizations have reportedly been facing falling attendance numbers. This only raised earlier calls from affordable-housing advocates about transfer of churches’ property to those who potentially need it more.

In 2016, the Arlington Presbyterian Church in Virginia sold its building to Arlington Partnership for Affordable Housing (APAH), a nonprofit organisation, amid falling attendance numbers and donations. The structure was then levelled to make way for a 173-unit complex in its place, according to Bloomberg. The Church is now leasing only the ground floor of the new seven-story building to serve its parishioners.

According to APAH’s CEO, Nina Janopaul, they had “an alignment of mission” with the Presbyterian Church.

“Their mantra was, the church is the people and the mission, not the building,” she said.

Bloomberg cited the example of this $71 million project to discuss calls from advocates of more affordable housing to consider the potential transfer of thousands of acres of land owned by religious organisations in the US to serve the poor and homeless.

Church membership and attendance have been falling in the US in recent years, even prior to coronavirus crisis, according to polls. The crisis has only exacerbated this existing trend, effectively bringing the physical presence of church-goers down to zero during lockdown times (albeit with some vocal exceptions, as some have chosen to break the rules). Unsurprisingly, this has had a negative effect on the institutions’ finances, prompting tens of thousands of religious organisations to turn to the Trump administration's Paycheck Protection Programme CARES Act for forgivable cash infusions.

Plunging donations and outflowing savings are now threatening religious organisations with closure, according to the president of an evangelical research firm, Barna Group, who said in May that one in five American churches could shut down within a year and a half.

The institutions, which do not usually need to pay taxes for the property they own, may thus find a way to improve their financial situation and help those in need, by selling or redeveloping their possessions into affordable housing, advocates say. Some shuttered houses of worship may already have no other choice.

“Land that belongs to faith communities is supposed to be for the services of the vulnerable,” said Monica Ball, one of the leaders of Yes in God’s Back Yard (YIGBY), a movement in San Diego, as quoted by Bloomberg. “If [the coronavirus] leaves us with more open space to build more desperately needed housing, amen.”

Recent legislation passed by the US Senate in late June may significantly help with this in states like California, where the crisis of affordable housing is potentially acute.

The Senate just passed our legislation (#SB899) allowing religious institutions & nonprofit colleges to build affordable housing on their land even if local rules don’t allow it.

CA has a huge shortage of housing affordable to low income people. SB 899 will help meet this need.