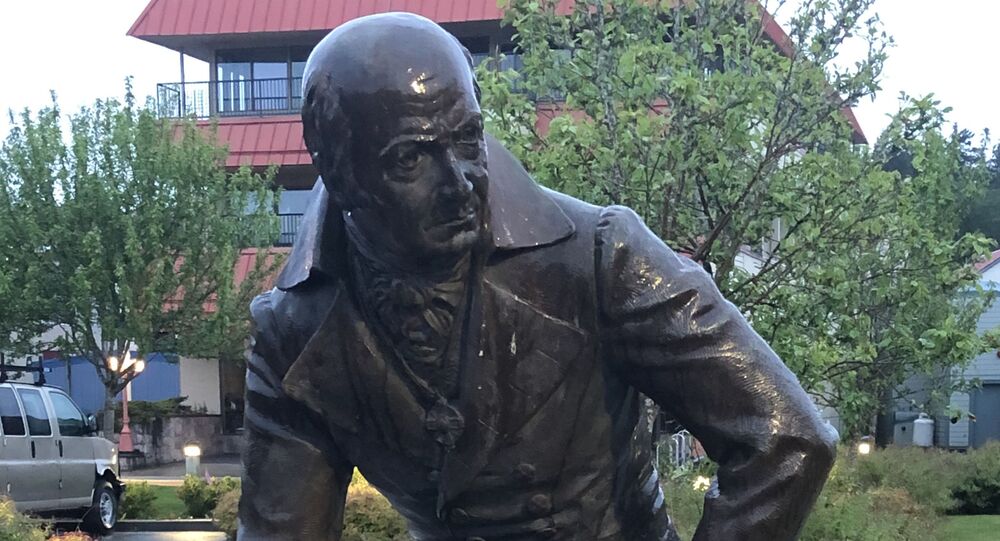 MOSCOW (Sputnik) - The Assembly of Alaska's City and Borough of Sitka has adopted a resolution on relocating the statue of the city founder, Alexander Baranov, to the Sitka Historical Society Museum.

"The Baranov statue's prominence at a local gathering spot in Sitka continues to incite divisions in our community; the placement at a center-point risks a wrong message to Sitka's residents and visitors; the monument to Baranov continues to normalize a figure steeped in racial division, violence and injustice; Sitka has a choice regarding the values it can project", the resolution read.

According to the document, relocating the statue of Baranov to the Sitka Historical Society Museum will allow a full display providing historical context, as well as important lessons to be passed onto future generation ...

"Be it finally resolved, it is the intent of the Assembly of the City and Borough of Sitka to place the statue in the care of the Sitka Historical Society Museum", it said.

The assembly stressed that it recognises the fact that Baranov "as director of the Russia-American Fur Company left and indelible mark on the history of Sitka". However, the assembly continued, "it is well known that much of this history involves Baranov directly overseeing enslavement of Tlingit and Aleut people", "murder" and "theft of indigenous property justified under a theory of racial and cultural superiority."

In late June, a group of activists urged Sitka authorities to remove the statue, citing mistreatment of the indigenous population during the era of colonization. In 1799, Baranov founded Sitka (then called Novo-Archangelsk) as the capital of the Russian colonies in North America.