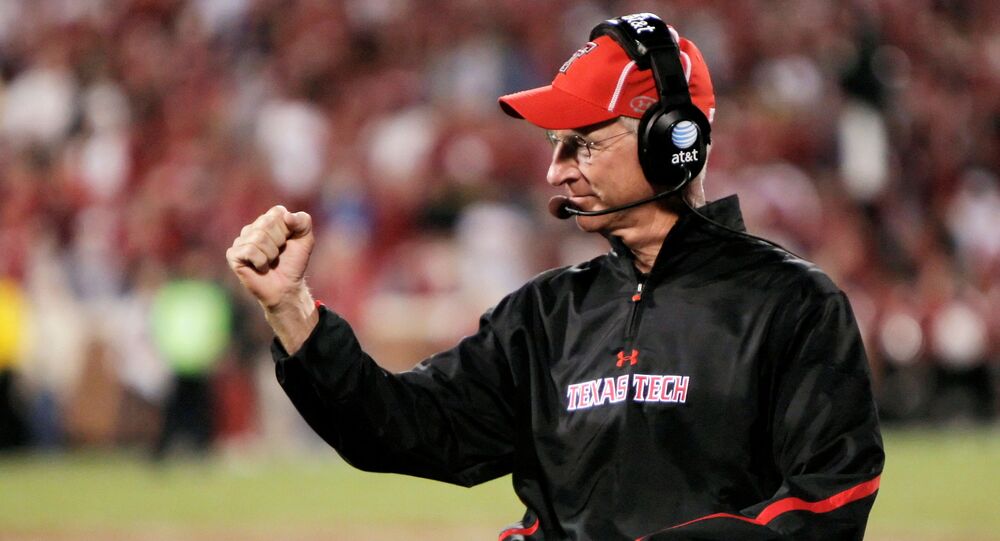 Tommy Tuberville, a first-time candidate and former Auburn University football coach, was said to have achieved the victory thanks to US President Donald Trump’s endowment and the president’s hostility towards his rival, former US Attorney General Jeff Sessions.

Tommy Tuberville, supported  by President Donald Trump, has became the Republican nominee for Alabama's US Senate race following his victory in the state's GOP primary runoff against former US Attorney General Jeff Sessions on Tuesday, according to The Associated Press.

Although Sessions, who served as Senator from Alabama for two decades, was the first Republican lawmaker to endorse Trump's election in the 2016 presidential race, he was not able to receive the president’s support in Tuesday’s primary due to his conflict with the POTUS.

Sessions was appointed by Trump as US Attorney General in 2017, but was forced out of the office in 2018 after he distanced himself from the investigation into alleged Russian interference in the last US election.

Following the revelation of the primary’s results, President Trump took to Twitter to celebrate Tuberville’s win, saying that the former football coach “Will be a GREAT Senator for the incredible people of Alabama” instead of Democratic Senator Doug Jones.

“Wow, just called! @TTuberville - Tommy Tuberville WON big against Jeff Sessions. Will be a GREAT Senator for the incredible people of Alabama. @DougJones is a terrible Senator who is just a Super Liberal puppet for Schumer & Pelosi. Represents Alabama poorly. On to November 3rd,” Trump Tweeted.

Wow, just called! @TTuberville - Tommy Tuberville WON big against Jeff Sessions. Will be a GREAT Senator for the incredible people of Alabama. @DougJones is a terrible Senator who is just a Super Liberal puppet for Schumer & Pelosi. Represents Alabama poorly. On to November 3rd.

Ex-attorney general Sessions commented on his losing of the Republican Senate nomination, defending his refusal to get involved in the Russia investigation. He said that saying he is leaving elected office with “no regret” and with his “integrity intact”.

“I leave with no regrets. I was honoured to serve the people of Alabama in the Senate and I was extraordinarily proud of the accomplishments we had as attorney general. On recusal, I followed the law. I did the right thing, and I saved the president’s bacon in the process. Any other action to try to squelch an investigation in that environment would not have worked, it would have really been a catastrophe and I’m so glad it finally ended after a prolonged time and the president has been cleared,” Sessions said in a statement.