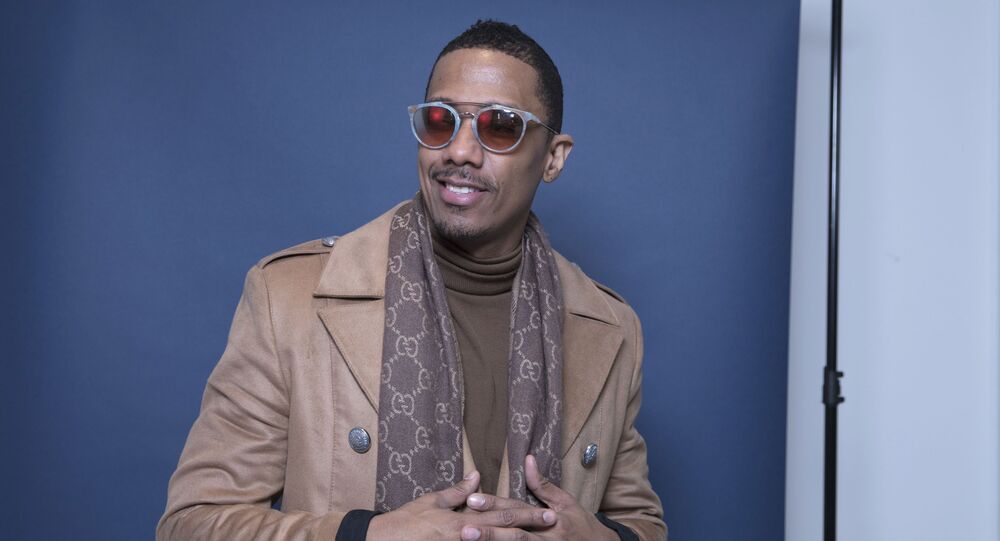 US Actor Nick Cannon Under Fire For Claiming White People Are 'Closer to Animals', 'True Savages'

Nick Cannon is an American actor, singer, producer, rapper and a television host, who was previously married to a singer Mariah Carey. Currently, he hosts his own radio show "Nick Cannon Mornings" at Power 106 in Los Angeles.

American actor Nick Cannon received strong backlash over controversial comments on his podcast "Cannon's Class", after he said that white people are "closer to animals" and are "acting out of a deficiency so the only way they can act is evil".

“When you see a person that has a lack of pigment, a lack of melanin, they fear that they will be annihilated,” Cannon said. “So, therefore, however they got the power, they had a lack of compassion. Melanin comes with compassion, melanin comes with soul. We call it soul. You know soul brothers and sisters. That’s the melanin that connects us. So the people that don’t have it, and I’m going to say this carefully, are a little less...[] So they are the ones that are actually closer to animals, they are the ones that are actually the true savages”.

The footage of Cannon saying this immediately went viral, causing outrage among many netizens.

Nick Cannon says white people are "a little less," "closer to animals," "the true savages," "acting out of a deficiency so the only way they can act is evil." When does he get canceled? pic.twitter.com/vK3TBDW9i8

​Some users accused the actor for being racist, promoting "black supremacy" and compared his remarks to that of Nazis.

This is literally how the Nazis spoke about the aryan race

Privilege is being able to say something like this without fear of consequence.

​​Some suggested that Cannon learn his history, recalling that not only white people conquer and kill.

He sounds absolutely crazy. Melanin doesn’t come with “compassion”. All tribes and peoples were all savages in old savage times

You think only White people conquered? You forget history. The Egyptians, Middle Easterners, Turkish, Zulu...it’s not based on color it was power.

​Others referred to the so-called cancel culture, urging to imagine what kind of fury would a similar remark from a white celebrity made towards the blacks cause.

Now, imagine if a white celebrity said this about black people.

​Some users labeled Cannon "delusional", suggesting that he might believe that Wakanda - a fictional Marvel comics' country located in Africa - is real.

It’s a hilariously delusional form of racism. He probably believes Wakanda is real.

Cannon later apologized via a tweet, implying that he did not mean to condone hate speech and that he had "no hate in his heart". He announced that he "took full responsibility" of his words.

Viacom CBS later announced that they had terminated their relationship with the actor due to his controversial remarks.

Until then, I hold myself accountable for this moment and take full responsibility because My intentions are only to show that as a beautiful human species we have way more commonalities than differences, So let’s embrace those as well as each other. We All Family!🙏🏾