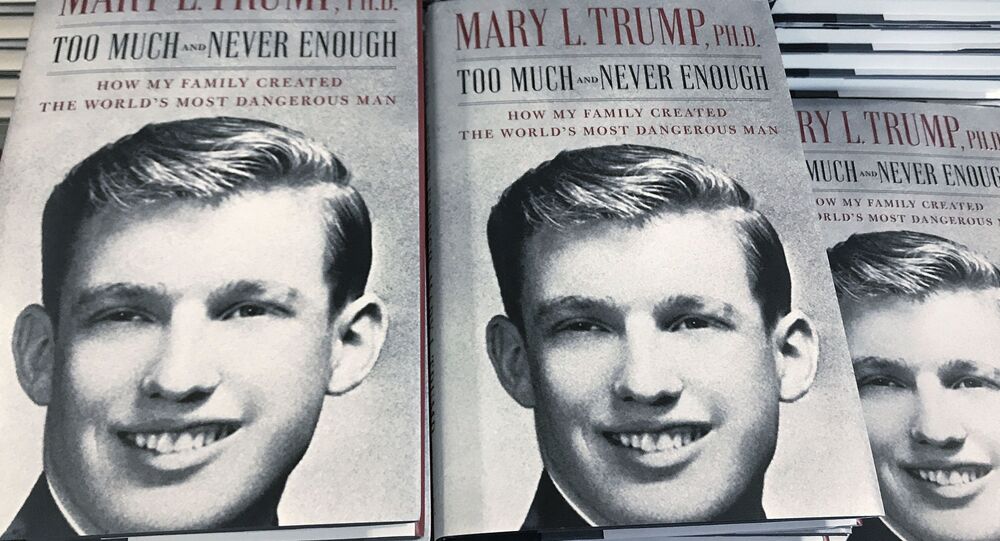 On Tuesday, Mary Trump, the daughter of US President Donald Trump’s late brother, Fred Trump Jr., published a book titled ‘Too Much and Never Enough: How My Family Created the World’s Most Dangerous Man’, after a New York judge blocked an attempt by the president and other members of his family to block publication.

US President Donald Trump’s niece, Mary Trump, during an exclusive interview with ABC News chief anchor George Stephanopoulos, called on her uncle to resign as president of the United States.

Mary Trump’s remarks came the same day following the publication of her new book ‘Too Much and Never Enough: How My Family Created the World’s Most Dangerous Man’, in which she refers to the president as a ‘sociopath’.

In response to a question from the host on what message she would deliver to Trump if she meets him, Mary Trump said would tell her uncle to “resign’’.

The author said in the interview, set to air on Wednesday, that Trump is “utterly incapable of leading this country, and it’s dangerous to allow him to do so.”

“I saw firsthand what focusing on the wrong things, elevating the wrong people can do – the collateral damage that can be created by allowing somebody to live their lives without accountability,” she said. “And it is striking to see that continuing now on a much grander scale.”

The president’s niece recalled a visit to the Oval Office three months after her uncle was inaugurated.

Mary Trump claimed that Trump’s father, her grandfather, was a “sociopath”, arguing that the president may have “learned the lesson”.

“He was incredibly driven in a way that turned other people, including his children [and] wife, into pawns to be used to his own ends,” Mary Trump said. “It’s impossible to know who Donald might have been under different circumstances and with different parents. But clearly he learned the lesson.”