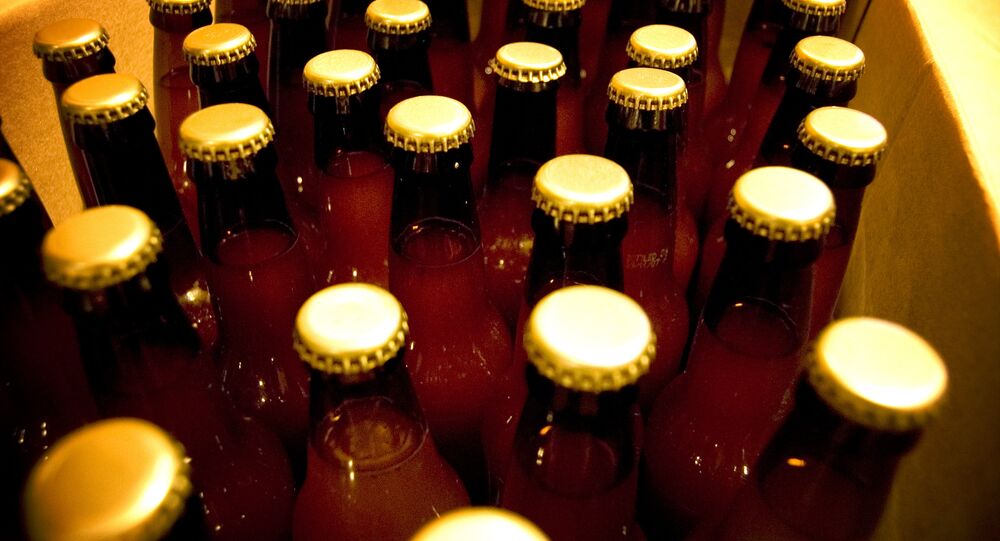 Rising sentiment in opposition to racist and insensitive artwork has quickly seen companies pull their products at risk of being "canceled". However, this phenomenon has now begun to affect progressive and anti-racist products, which can be misconstrued as the opposite.

A Connecticut bar has removed a product from its beer selection after pressure from a customer complaining that the bottle resembled a Ku Klux Klan hood, despite the beer’s brewer claiming that the design is a denunciation of racism.

"We have pulled this beer from further sale. Please accept our apologies for the lapse in judgment in serving. While we can't speak for the intent of the brewer, the visual representation does not have a place at our establishment. We appreciate you bringing it to our attention and welcome the opportunity for discussion", the company said in response to a complaint on Facebook.

The Facebook post shared on Saturday came from a woman named Erika, claiming that her husband, a black man, and his white friend were sold the beer without being aware of the design on the bottle.

In the original post, she explained that she that the $40 bottle of beer "was promoted and presented to my black husband and his white friend tonight at World of Beer".

A photo below shows the design as a full-white paper that folds into a cone at the top. At the bottom of the neck are two black circles, resembling eyes in a hood, below the words "Yellow Belly" are written in black.

Erika said that, after researching at home, "we discovered that it was ‘created to denounce racism… promote open-mindedness… packaged in paper deliberately to denounce organizations like the KKK,'".

"None of this was explained to Damion or his friend. This KKK bottle was brought over without warning about its appearance. At best, the server was ignorant, insensitive and tone-deaf. At worst…?”, she added.

Yellow Belly has been around since 2014 and is made by Swedish brewery Omnipollo and Buxton Brewery in the United Kingdom. According to the company website, the beer is explicitly anti-racist, saying it is “brewed to celebrate all things new, open-minded and progressive".

The name of the beer itself is intended to be a comment on the cowardly nature of racist groups like the Ku Klux Klan.

“Yellow Belly — a person who is without courage, fortitude, or never; a cowed. To us, one of the most cowardly deeds is to act anonymously, hiding behind a group. A signifying trait of institutionalized racism,” the Omnipollo website reads.

The incident is one of many seemingly ironic results that stem from a rising sentiment characterized by some as "cancel culture", in which widespread outrage in response to accusations of bigotry has resulted in the removal of products and art.

HBO Max temporarily removed the Hollywood classic film "Gone With The Wind', after a long controversy surrounding claims of its overtly positive view of slavery and the Confederacy.

However, certain other beloved TV shows and movies that previously had no public accusations of racial insensitivity or prejudice have found themselves canceled by host companies in response to pressure.

Last month, streaming server Hulu took down an episode of 'The Golden Girls' which featured the main characters wearing mud masks - interpreted by some as making light of the 'black face' caricature.

Similarly, the condemnations of effigies and statues glorifying those involved in slavery and colonialism amid a wave of anti-racism and anti-police-brutality protests by the Black Lives Matter movement, have seen more complex figures come under attack.

Monuments to Confederate generals in the southern United States and slave owners in the United Kingdom, including Thomas Colston in Bristol, being torn down were soon followed by demands for the removal of statues of national characters.

Among other statues being defaced and their subjects reevaluated are explorer Christopher Columbus, General Ulysses S. Grant, who defeated the Confederacy, and even Abraham Lincoln  - the unionist president who ended slavery in America.

The statue of Ulysses S. Grant is down in San Francisco. pic.twitter.com/rwPertGtP4

​Another incident last month saw people in London turn out to defend a statue of Sir Winston Churchill from potential vandalism by protesters. Churchill was most notable for leading Britain through World War II against Nazi Germany.

A significant police presence around the statue of one of the greatest ever Britons, Sir Winston Churchill.

This should've been the case throughout.

It was a damn disgrace to allow mob rule to see him placed inside that metal sarcophagus. pic.twitter.com/1JI8X2TatL

​Rising public demonstrations against historical figures and products deemed racist follows widespread anti-racist and anti-police-brutality protests in the US in response to the killing of George Floyd - an African-American man - at the hands of white police officers.