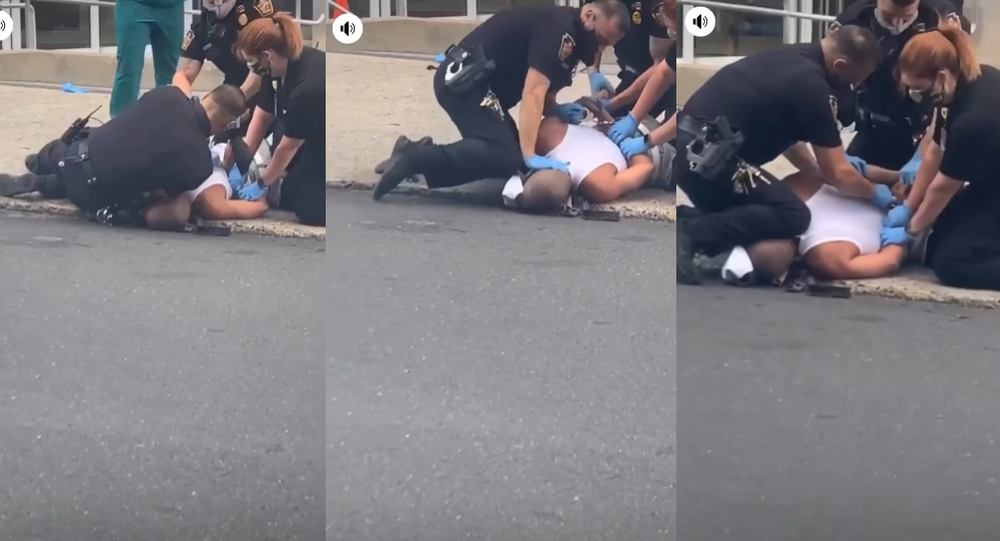 Pennsylvania’s Allentown Police Department (APD) has launched an internal use-of-force investigation after three officers were seen on top of a screaming man in a recent viral video.

Civil rights attorney Ben Crump, who is currently representing the family of late Minnesota, Minneapolis, resident George Floyd, took to Twitter on Sunday to bring attention to a similar case of alleged police brutality that took place over the weekend.

Within the short clip, three officers are seen restraining an unidentified man while placing handcuffs on him. A nurse is seen observing the scene while an officer places his knee on the individual’s head.

“This happened yesterday and is exactly what led to [Floyd’s] death,” Crump asserted.

Be advised, the footage below contains scenes that may disturb some audiences.

GRAPHIC VIDEO: @AllentownPolice held down this man’s face to the pavement and then one of its officers placed their knee on his neck!! This happened yesterday and is exactly what led to #GeorgeFloyd’s death. We need this officer’s name and badge # NOW. #ICantBreathe pic.twitter.com/3qSlKGSgF4

“While at this location due to an unrelated matter, APD Officers observed a male outside who was vomiting and staggering in the street, eventually stopping in the driveway of the Emergency Room,” the APD release on the matter read, noting the incident took place at 6:42 p.m. local time on July 11 at St. Luke's Hospital-Sacred Heart.

According to the APD, the man was later escorted into the hospital and provided with treatment. He was released thereafter. No specific mention was made of the officer’s restraint technique of placing his knee on the individual’s head.

Black Lives Matter to Lehigh Valley - a local organization - scheduled a “Demands Will Be Met” march in Allentown on Monday.

“What good is a use of force policy if Allentown lives will still be disregarded?!” the group asked in a July 11 post of the video to its Facebook Page.

The APD claimed in its release that an internal use-of-force investigation is “moving swiftly” and “has included the review of a 23 second video posted to social media.”

The investigation will be reviewed by the Lehigh County district attorney, who will then issue a statement on the completed review, “which is not anticipated until late this week,” the APD release noted.