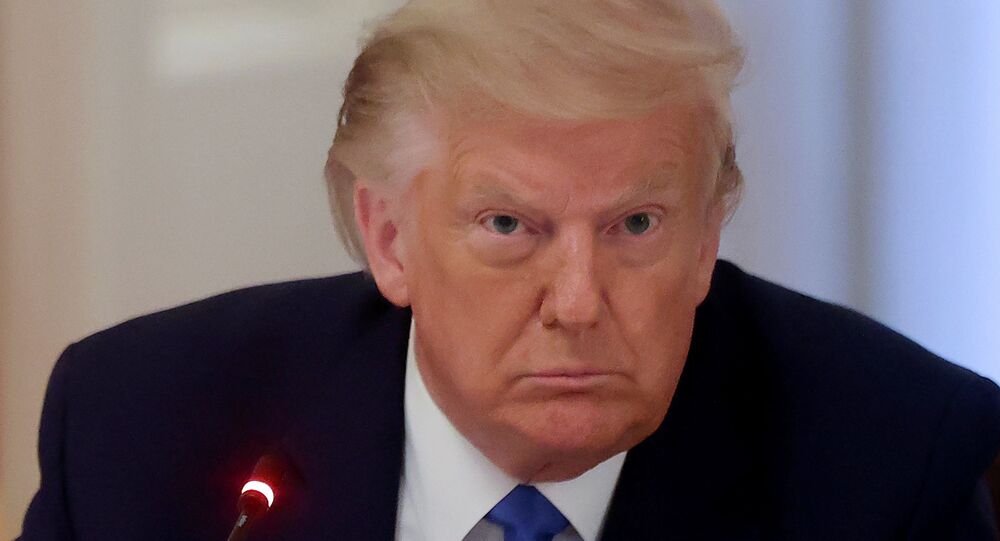 Trump Vows To Restore Order as Crime Surges in US Cities

WASHINGTON (Sputnik) - US President Donald Trump said federal forces may be sent to major cities to quell a wave of criminal violence, which, as he put it, is already worse than Afghanistan.

"We’ll be doing things that you, I think, will be very impressed with. Numbers are going to be coming down even if we have to go and take over cities because we can’t let that happen," Trump said during a White House roundtable on Monday.

"It’s not even conceivable. That’s worse than Afghanistan, worse than any war zone that we are in by a lot," Trump said. "We can’t let it go on. We are not supposed to wait for them [local authorities] to call."

A crime surge followed nationwide protests over the death of George Floyd, an African American man, in police custody in Minneapolis. Protesters demanded defunding and even disbanding law-enforcement agencies, accusing them of racially motivated brutality.

Trump lashed out at his Democratic rivals for exploiting the resentment for personal political gains ahead of the November election. "Far-left" mayors escalate "the anti-cop crusade" overlooking violent crime spiraling in their cities, according to the President.

"Our officers have been under vicious assault. Hundreds of police have been injured and several murdered. Reckless politicians have defamed our law-enforcement heroes as the enemy. Even called them an invading army. This radical politicians want to defund and abolish the police," Trump said. "The radical politicians are waging war on innocent Americans. That’s what you are doing when you play with the police."

He said that in Atlanta murders are 133 percent up and in New York shootings have jumped by 358 percent with local policemen retiring in droves as the city authorities cave in to protesters’ demands.

"New York City is out of control, unfortunately," Trump added. "And yet they spend all their time, they want to do Black Lives Matter signs outside of Trump Tower. They ought to spend their time doing something else, because I’ll tell you what. 358 percent increase in shootings in New York."

He said that last month over 300 people were shot in New York and retirements in the New York Police Department "have quadrupled and are going up even further."