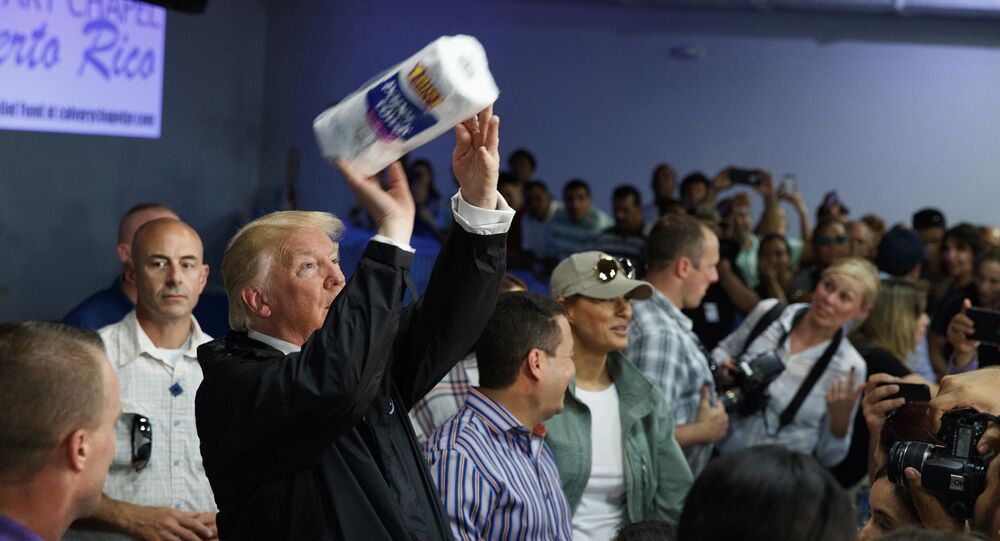 In September 2018, Donald Trump claimed that Hurricane Maria’s official death toll of 2,975 was incorrect, and inflated by Democrats to make him "look bad".

A former US Homeland Security official has revealed that in 2018, President Donald Trump suggested selling Puerto Rico as one of the options to respond to the devastating Hurricane Maria that pounded the American territory at the time.

“The president’s initial ideas were more of as a businessman, you know. Can we outsource the electricity? Can we sell the island? You know, or divest of that asset?”, Elaine Duke said in an interview with The New York Times late last week.

She added that the idea of selling Puerto Rico was never seriously taken into consideration or discussed after it was raised by Trump.

Duke also recalled that she was pleased with POTUS then expressing concern about the people of Puerto Rico, something that she added was overshadowed by Trump’s subsequent showdown with the island’s politicians.

The developments described by Duke were followed by the US president claiming in September 2018 that the official death toll from Hurricane Maria was inaccurate and that it was inflated by the Democratic Party in order to tarnish his image.

3000 people did not die in the two hurricanes that hit Puerto Rico. When I left the Island, AFTER the storm had hit, they had anywhere from 6 to 18 deaths. As time went by it did not go up by much. Then, a long time later, they started to report really large numbers, like 3000...

.....This was done by the Democrats in order to make me look as bad as possible when I was successfully raising Billions of Dollars to help rebuild Puerto Rico. If a person died for any reason, like old age, just add them onto the list. Bad politics. I love Puerto Rico!

“[…] This was done by the Democrats in order to make me look as bad as possible when I was successfully raising billions of dollars to help rebuild Puerto Rico. If a person died for any reason, like old age, just add them onto the list. Bad politics”, he tweeted back then, without providing evidence to support his claim.

© REUTERS / Lucas Jackson
US Aims to 'Increase Presence in Arctic’ by Opening Consulate in Greenland Amid Trump’s Sale Offer - Reports
An independent study, conducted by the George Washington University Milken Institute School of Public Health and released in August 2018, concluded that Hurricane Maria caused the deaths of 2,975 people in Puerto Rico between September 2017 and February 2018.

In 2019, Trump grabbed international headlines after a former White House official told The New York Times POTUS once joked that the US could trade Puerto Rico for Greenland.

This followed The Wall Street Journal breaking the news of Trump's interest in buying Greenland, in what prompted Denmark's Prime Minister Mette Fredriksen to slam the idea as "absurd".