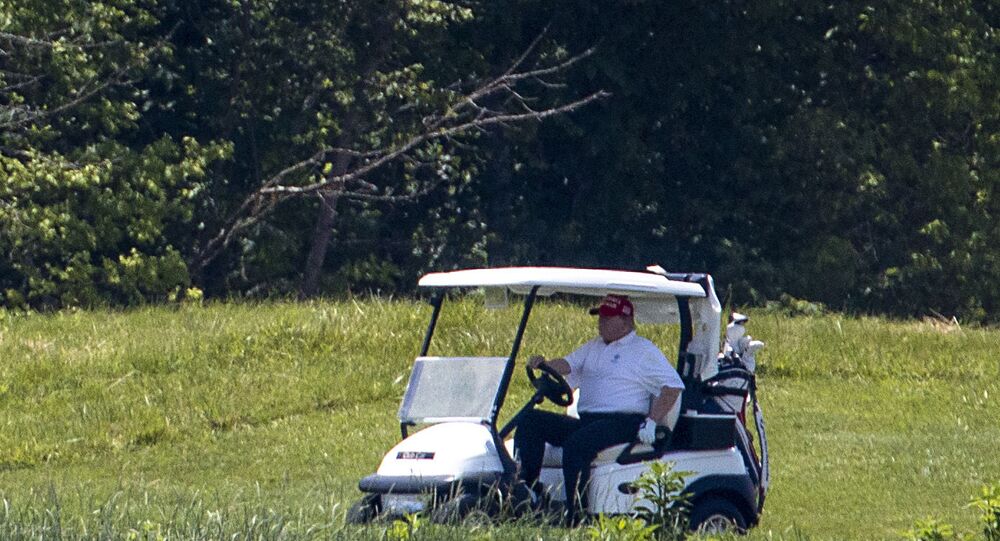 Trump Defends Playing Golf Over the Weekend, Says It Is His 'Tiny Bit of Exercise'

The president pointed out that the media has given too much coverage to his golf outing, noting that former Democratic president Barack Obama's golf plays did not make headlines, whereas whenever he travels to a golf club, newspapers rush to write about it.

Donald Trump took to Twitter on Sunday to fire back at those who have been critical of his favourite pastime activity, saying that many hard-working politicians and businessmen are fond of golf, which he actually plays "very fast", giving him some exercise.

...rounds, no problem. When I play, Fake News CNN, and others, park themselves anywhere they can to get a picture, then scream “President Trump is playing golf.” Actually, I play VERY fast, get a lot of work done on the golf course, and also get a “tiny” bit of exercise. Not bad!

The tweets came after the president travelled to Trump National Golf Club in Northern Virginia on Saturday, as his campaign rally in New Hampshire was cancelled due to a tropical storm forecast. It was his 262nd visit to a golf club since inauguration, according to the Trump Golf Count website.

In May, Democratic presidential candidate Joe Biden released a new campaign ad slamming Trump for playing golf amid the COVID-19 outbreak in the United States, while major US publications did stories on Trump's trip to his golf course in Virginia.

The president railed against the coverage, arguing that he had gone golfless for almost three months, and the "fake media" again made his "little exercise" look "like a mortal sin".