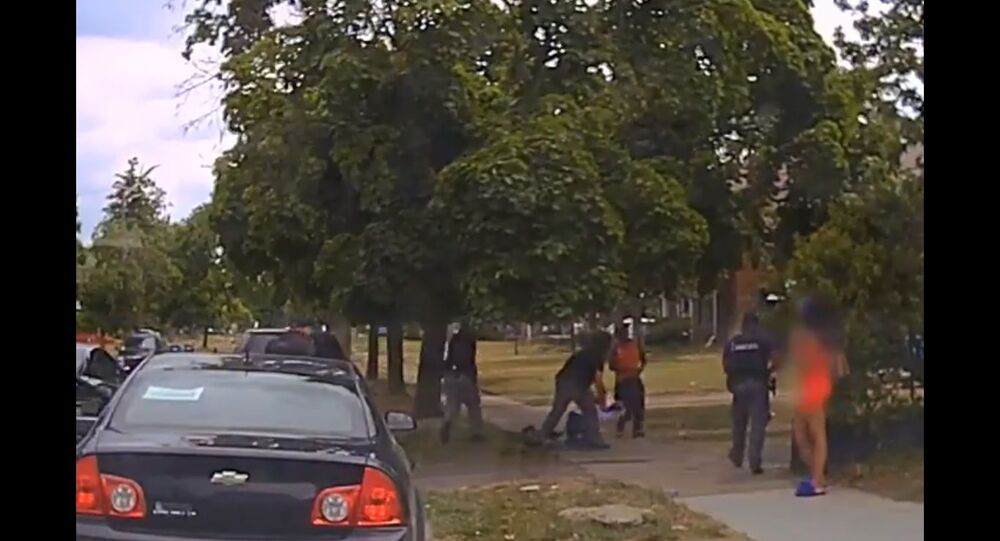 According to police, the new video proves that 20-year-old Hakeem Littleton, who was fatally shot by police, was not unarmed as rumours have claimed.

The Detroit Police Department has released body and dash-camera footage that shows that Littleton was the first to open fire before he was shot dead by the officers.

According to the video, Littleton fired two shots and continued shooting even as he fell down, but no police officer was injured.

"As Littleton raised the gun in his left hand he was aiming at the head of the officer", Police Chief James Craig said at a press conference on Saturday. "It's simply a miracle he wasn't struck in the head."

A Facebook link of the press conference is also attached. https://t.co/NbtgCAGVZq pic.twitter.com/8n36DjCPEy

The incident occurred on Friday as the police were investigating a shooting that occurred on 4 July and arrested another man, Darnell Sylvester, apparently Littleton's friend. They did not intend to arrest Littleton, who though told them "you are not going to take my man, in other words, take him into custody" before opening fire at the officers.

Detroit Mayor Muke Duggan also took to Twitter to say that  "cameras for this type of incident" helped confirm that the officer involved was attacked unexpectedly, and thanked the police chief for releasing the video so quickly.

The City of Detroit was one of the first in America to outfit its police cars and officers with cameras for this type of incident. The video is clear that the officer was suddenly and unexpectedly fired upon.

Littleton's death has triggered anti-police protests in the city, with calls for defunding the police.