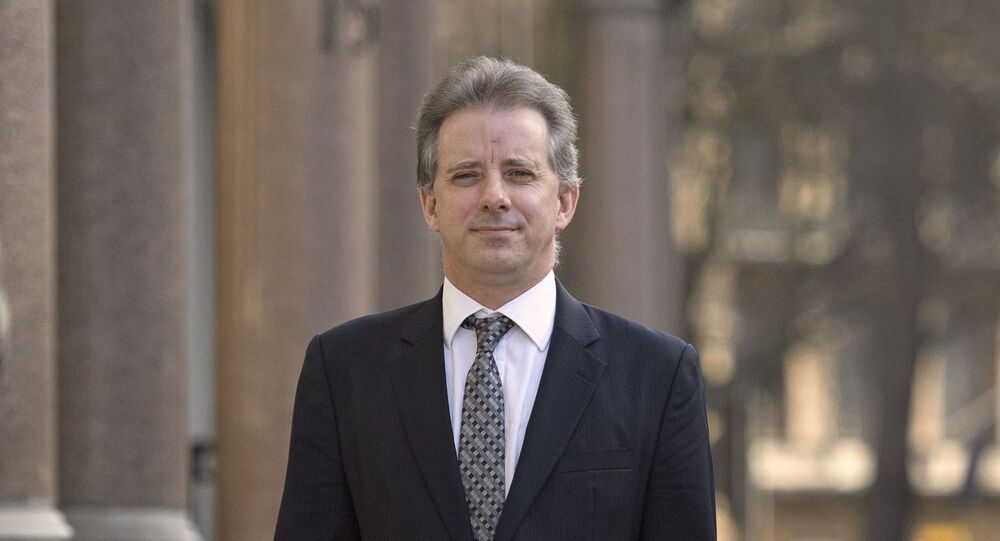 'Bring Back Steele': Trump Demands Extradition of Author of Notorious 'Russia Hoax' Dossier to US

The Steele Dossier, paid for by the leadership of the Democratic Party and Hillary Clinton, accused Trump of conspiring with Russia leading up to the November elections in 2016 on the basis of unreliable sources. However, nobody responsible was ever charged over the dossier, despite it being proved to contain unsubstantiated claims.

US President Donald Trump has demanded the extradition of the former MI6 agent Christopher Steele to the US over a dossier he drafted in 2016 that claimed the president's campaign colluded with Russia to rig the American elections, thus leading to a two-year-long investigation, which POTUS condemned as a "hoax".

This man should be extradited, tried, and thrown into jail. A sick lier who was paid by Crooked Hillary & the DNC! https://t.co/ywMBeAgaGz

Trump called Steele a "lier [sic]", who needs to be "tried, and thrown into jail" over the document, which he had written under an order paid by his 2016 election opponent Hillary Clinton and the Democratic Party. The president has previously argued that the investigation into his campaign, which turned out to have been based on the discredited dossier, greatly hindered his administration's ability to exercise its policies, adopt laws and other measures directed at fulfilling Trump's election pledges.

The president later followed up his tweet with a demand to "bring back Steele", although the man has seemingly never lived in the US for extended periods of time.

The president's demands came in response to the High Court of England and Wales decision, which ruled that Steele made false statements about the actions of two Russian bankers, Petr Aven and Mikhail Fridman, accusing them of making illicit payments and exchanging messages between Trump's campaign and the Kremlin – a connection that had been proven non-existent by US Special Counsel Robert Mueller.

The UK court indicated that Steele failed to verify the claim extensively and ordered him to pay some 18,000 pounds (around $22,500) to the victims as compensation.

Steele's Dossier not only potentially impacted Trump's performance at the 2016 election, but also fuelled years-long probes into him and his administration, including the one initiated by the FBI. POTUS condemned these efforts as a "witch hunt" and "presidential harassment", promising to bring those responsible to justice.