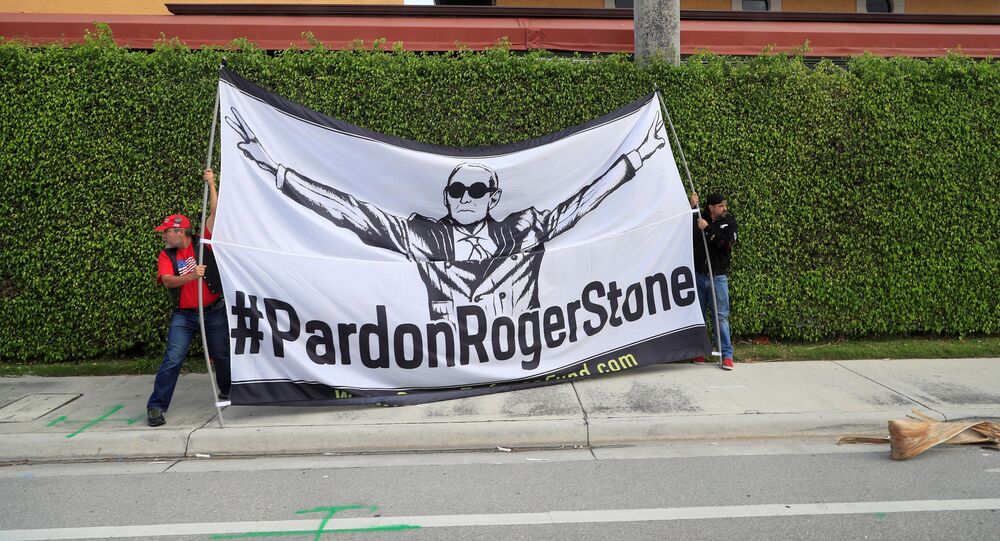 US President Donald Trump has signed an order commuting the "unjust" sentencing of former campaign adviser Roger Stone, according to the White House.

"Today, President Donald J. Trump signed an Executive Grant of Clemency commuting the unjust sentence of Roger Stone, Jr.," noted a July 10 statement on the matter from the Office of the Press Secretary.

Stone was sentenced in February to three years and four months (40 months) behind bars after being found guilty on all seven felony charges issued as part of special counsel Robert Mueller’s investigation into alleged Russian interference in the 2016 US presidential election.

"Mr. Stone was charged by the same prosecutors from the Mueller Investigation tasked with finding evidence of collusion with Russia," the statement detailed. "Because no such evidence exists, however, they could not charge him for any collusion-related crime. Instead, they charged him for his conduct during their investigation."

"Roger Stone has already suffered greatly. He was treated very unfairly, as were many others in this case. Roger Stone is now a free man!" the Friday memo read.

Trump's decision comes after a US Judge Amy Berman Jackson granted Stone two additional weeks to surrender himself to the Bureau of Prisons. Prior to the Friday announcement, the former Trump campaign advisor was expected to report to prison by July 14.

The White House release referred to Stone as a "victim of the Russia Hoax that the Left and its allies in the media perpetuated for years in an attempt to undermine the Trump Presidency."

Commenting on the nine-year sentencing recommendation for Stone from prosecutors in February, Trump argued that the trial against Stone was a "miscarriage of justice" because "real crimes were on the other side."

However, the charges brought against Stone as part of Mueller's probe were procedural charges of witness tampering, obstructing an official proceeding and five counts of making false statements.