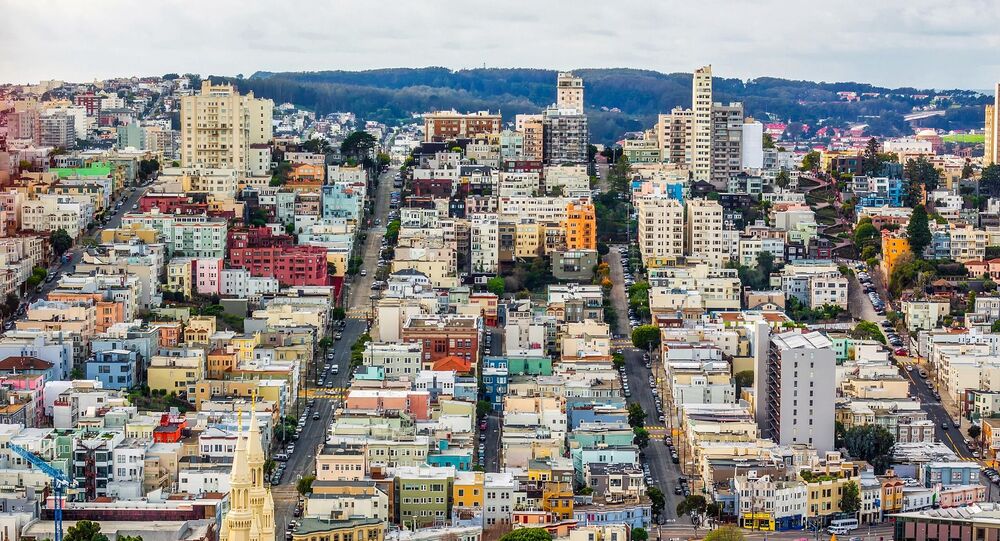 Authorities in California’s San Francisco Bay Area are investigating an unapproved “White Lives Matter” mural that was painted on a road in the East Bay city of Martinez and then defaced in a counter-protest.

The Associated Press reported Thursday that police in the Bay Area are searching for the individuals behind an unapproved “White Lives Matter” sign that was reported to their office on Tuesday.

"What I saw was hate speech written on the ground, and we're not going to tolerate it," Jeff Christensen, a local supporter of the Black Lives Matter movement, told ABC 7.

However, the case has become more complicated due to the fact that police arrived at the scene on July 7 and found a woman painting over the “White Lives Matter” mural in black paint.

“She painted over it because she was frustrated,” Martinez police spokesman Lt. Mike Estanol explained, as reported by the San Francisco Chronicle. However, “neither the person who painted ‘White Lives Matter’ or her should be painting on the roadway,” he added.

The two are allegedly the couple who were seen defacing a Black Lives Matter mural in Martinez on July 4.

Be advised, footage below contains language that some parties may find offensive.

The footage, which is laced with expletives, shows a woman believed to be Anderson painting over the “B” and “L” of a temporary mural stating “Black Lives Matter,” which was painted on a road in front of the Wakefield Taylor Courthouse in downtown Martinez. A Martinez resident retrieved a permit for the temporary mural on July 1 and painted it hours before it was defaced.

“We’re sick of this narrative,” a man believed to be Nelson argues in the video. “There is no oppression, there is no racism - it’s a leftist lie. It’s a lie from the media - the liberal left.”

The man can be overheard saying that people are “crying police brutality” because the individuals injured or killed by officers are “resisting arrest.”

“Don’t have a run-in with the law and don’t resist arrest [and] there won’t be a problem,” he shouts.

“We must address the root and byproduct of systemic racism in our country. The Black Lives Matter movement is an important civil rights cause that deserves all of our attention,” Contra Costa County District Attorney Diana Becton said in a Tuesday news release.

“The mural completed last weekend was a peaceful and powerful way to communicate the importance of Black lives in Contra Costa County and the country. We must continue to elevate discussions and actually listen to one another in an effort to heal our community and country.”

If convicted, Nelson and Anderson face up to a year in county jail.