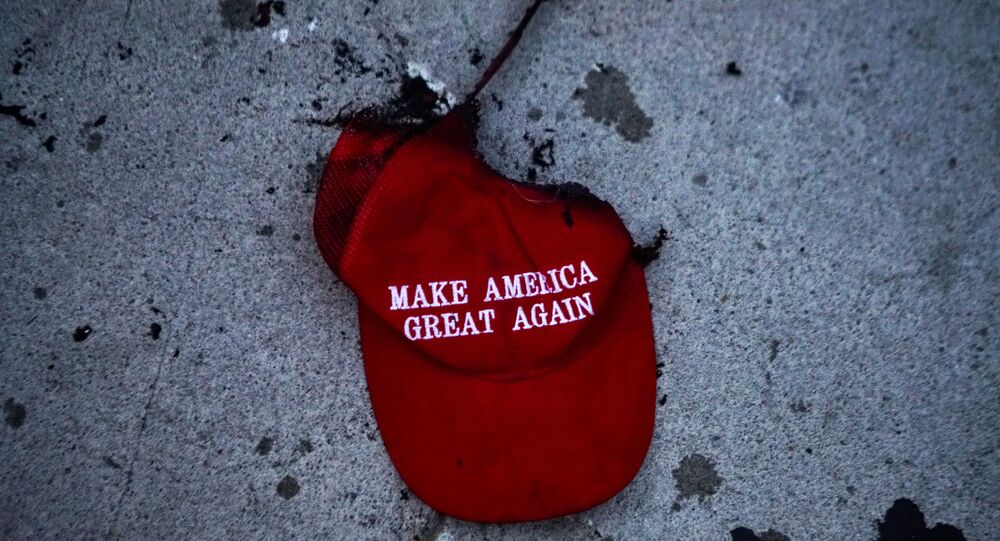 A US Army investigation is now underway following the alleged accidental distribution of a handout which designated US President Donald Trump’s “Make America Great Again” slogan as a possible indicator of covert white supremacy sympathizers.

US Rep. Mo Brooks (R-AL) took to Twitter on Wednesday to condemn what his office described as “deeply offensive and racist” propaganda “distributed to Redstone Arsenal civilian and uniformed personnel in clear violation of the Hatch Act.”

The Hatch Act prohibits federal government employees from participating in certain partisan, political activities. Brooks argued that the inclusion of “Make American Great Again” in the handout was a decision that should result in the authors being fired.

The handout in question was recently distributed during the US Army’s Operation Inclusion, which took place at the Redstone Arsenal Army post in Alabama. Brooks reposted the handout’s accompanying graphic, which was reportedly included in a Monday email invite to the event.

Mo: AUTHORS MUST BE FIRED! pic.twitter.com/qbjYfguWuo

Army spokeswoman Cynthia O. Smith told the Army Times that “as soon as Department of the Army leaders were made aware of these products the Army initiated a 15-6 investigation to determine how this happened. The Army does not condone the use of phrases that indicate political support. The Army is and will continue to remain an apolitical organization.”

She also noted that “slides - copied from a non-government website - included a word cloud with phrases that were intended to spark conversation; however, the document was predecisional and inappropriate for the discussion.”

According to an event flier reposted by Team Redstone, the arsenal’s official Facebook fan page, Operation Inclusion - a two day, voluntary event - was held “in response to the global unrest surrounding incidents of racism, discrimination and loss of life.”

The launch of an Army Regulation 15-6 investigation means an officer has been appointed to investigate possible misconduct. However, any wrongdoing will not be announced by the service until after a commander has reviewed the officer’s report and recommendations and made their own decision.