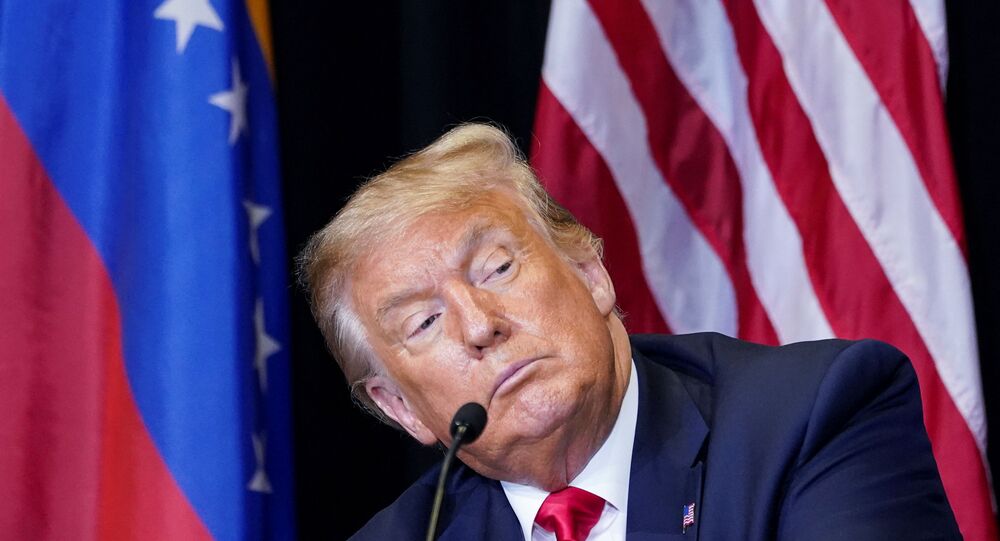 The Democratic nominee has repeatedly faced accusations of lifting parts of other people's speeches and ideas without properly crediting them. One such gaffe, blamed on his staff, ended his 1987 presidential bid.

US President Donald Trump accused his Democratic opponent in the 2020 election of "plagiarizing" his economic plan, while still keeping some proposals favored by the "radical left". POTUS went on to allege that even if he is elected a president in November, Biden won't be able to bring his plan to life precisely due to such ideas.

"He plagiarized from me, but he could never pull it off […] It can't be the same, because he is raising everybody's taxes way too much. He is also putting tremendous amounts of regulations back on", he said.

Trump argued that the tax cut reform and deregulation of the economy were the two primary moves that helped him build "the greatest economy [the US] ever had" and that without them Biden's plan doesn't stand a chance.

#BREAKING: President Trump slams Joe Biden's economic plan: "He plagiarized from me, but he could never pull it off. He likes plagiarizing." pic.twitter.com/Fhw11aHHpG

At the same time, Trump is not the first person to accuse the former vice president of plagiarism, with previous accusations being even more severe. During the current campaign, Biden has already been accused of lifting ideas for his climate plan from a group called the Carbon Capture Coalition, which led to the former vice president's campaign apologizing for the gaffe and putting the blame for the error on the staffers who drafted his speech.

Another act of plagiarism cost Biden a presidential campaign back in 1987, when he used parts of a British politician's speeches without proper citations. After nearly a week of trying to minimize the incident, Biden wrapped up his campaign, concluding that voters were mostly focused on his lifting from other speeches than on what kind of candidate he really was.