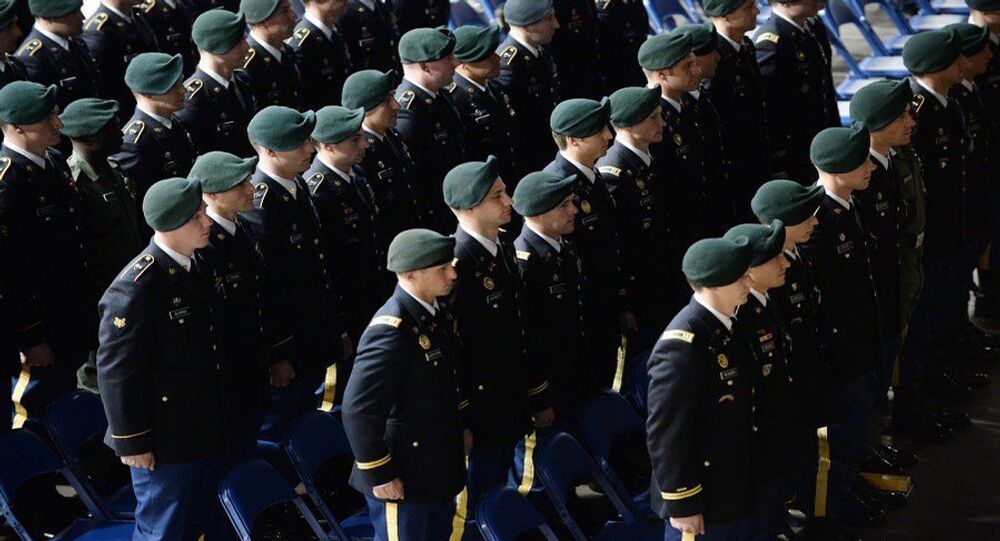 Girl Power: A Female Soldier Will Join the US Green Berets For the First Time in History

The elite military unit was one of the last subdivisions of the US Army not to have any women. Nicknamed for its distinctive headwear, the Green Berets are often deployed in counter-terrorist and counter-insurgency missions abroad.

For the first time in the history of the US military, a female soldier will join the Green Berets, the New York Times reported. According to the newspaper, She graduated from US Army Special Forces training along with her classmates on 9 July, and wore her Green Beret during a "socially distant graduation" ceremony.

"From here, you will go forward and join the storied formation of the Green Berets where you will do what you are trained to do: challenge assumptions, break down barriers, smash through stereotypes, innovate, and achieve the impossible. Thankfully, after today, our Green Beret men and women will forever stand in the hearts of free people everywhere," said Lieutenant General Francis M. Beaudette during the ceremony.

The soldier’s name and other personal information have not been disclosed, in order to preserve the secrecy of future missions in which she will participate. According to US Defense officials, who spoke on condition of anonymity, the newly-minted Green Beret is a member of the National Guard. According to the New York Times, she was supposed to graduate in April, but for unknown reasons was forced to repeat part of the training before taking on a culmination unconventional-warfare training exercise titled Robin Sage, which lasts four weeks.

The news is a historic moment for the US Army. Although hundreds of women now serve in combat positions that were restricted until 2016, the Special Forces position has long been regarded as unachievable for women due to its high physical demands.

Incidentally, the female officer that joined the Green Berets is not the first female to have graduated from US Army Special Forces training. In 1980 Captain Kate Wilder was forced out by her superiors during the last days of training, but after she filed a complaint and the army investigated the incident, she was given her graduation certificate.