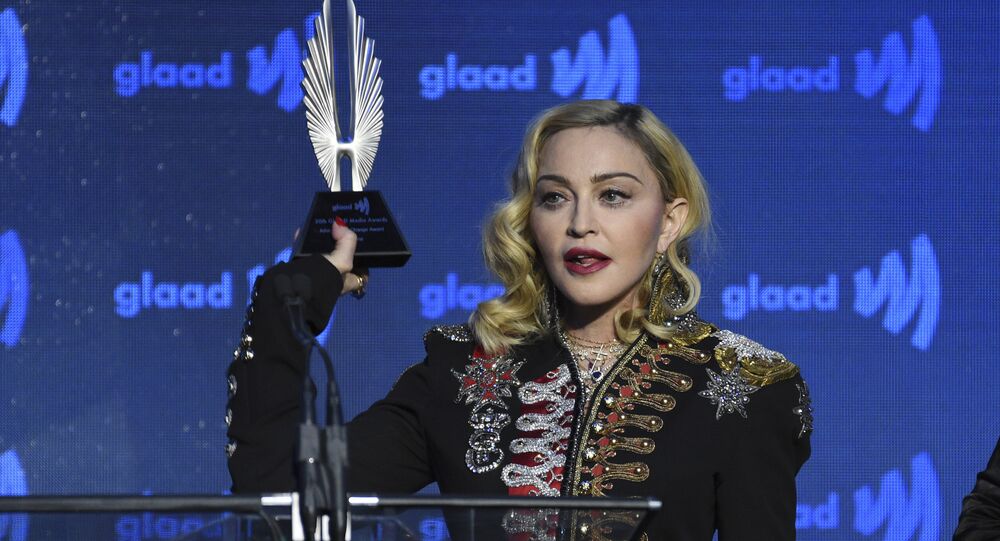 The outspoken claims made in a new memoir by Donald Trump's niece Mary were outright rejected by the White House, which has moved to sue the parties involved to block the book's release.

Madonna was slammed as one of the "worst, ugliest, and fattest slobs ever" by Donald Trump, his niece Mary Trump alleges in her new tell-all book "Too Much and Never Enough: How My Family Created the World's Most Dangerous Man", excerpts from which have been circulated by US media, ahead of its official publication on 14 July.

The memoir claims that Donald Trump ridiculed the pop queen after she turned down the now-president’s advances, which was reportedly a huge blow to his self-esteem. As Mary assumed, the ex-Apprentice star had always been unable to take women’s rejections with calm, providing "an aggrieved compendium of women he had expected to date".

"The biggest takeaways were that Madonna chewed gum in a way Donald found unattractive and that Katarina Witt, a German Olympic figure skater who had won two gold medals and four world championships, had big calves", writes Mary Trump, believed to be an outcast from the extended Trump family.

The White House rejects the claims made in the book, excerpts of which have been leaked to US media, with the Trump family suing to block its planned mid-July publication.

Madonna has never disguised her overwhelming antipathy for the Republican president.

She famously shocked the world and landed in the audience's crosshairs after she told a Washington rally she had "thought about blowing up the White House" after Trump took office.

Speaking on stage in 2017 at the Women's March to hundreds of thousands of protesters, Madonna said: "Yes I have thought an awful lot about blowing up the White House, but I know that this won't change anything".

Last month, Madonna branded Trump a "Nazi" and a "sociopath" in an Instagram post, taking a special aim at his handling of the coronavirus crisis. The 61-year-old music star said she was enraged after Trump told a rally the US should slow down testing to stop the number of confirmed COVID cases from surging.

"Let me get this straight. Let's slow down testing of COVID in America because the numbers of people testing positive are getting too high for Trump to deal with", Madonna fumed, continuing her rant:

"I'll take sleepy Joe Biden any day over this White Supremacist [pig emoji]. Aka/ Nazi Aka Sociopath that's in The WHITE HOUSE! Time to Wake Up", she said at the time.

What's in the Tell-All Memoir?

A tell-all memoir written by President Donald Trump's niece claims that he is a "narcissist", a fraud, and an unrivalled bully, who now threatens the life of all Americans.

Ms Trump, 55, writes that for her uncle, "nothing is ever enough" and that the US president exhibits all the characteristics of a narcissist.

"This is far beyond garden-variety narcissism", his niece, who has a doctoral degree in clinical psychology, writes of Mr Trump. "Donald is not simply weak, his ego is a fragile thing that must be bolstered every moment because he knows deep down that he is nothing of what he claims to be".

She says the president was influenced by watching his father, Fred Trump Sr, bully her father Fred Trump Jr - who died from an alcohol-related illness when she was 16 years old. Mary claimed it was her father who was to to take over Fred Sr.'s business, but he drifted away from it, leaving her grandfather no other choice but to put the responsibility on Donald's shoulders.

"When things turned south in the late 1980s, Fred could no longer separate himself from his son's brutal ineptitude; the father had no choice but to stay invested", she says of the senior Trump's attitude towards Donald, further claiming that "his monster had been set free".

The White House rejected the claim that Trump's father had been overly harsh, saying that the president "describes the relationship he had with his father as warm and said his father was very good to him".

Separately, Mary blames the Trump family patriarch, Fred Trump Sr for what she calls the family's general "dysfunction". She says the New York City real estate mogul "destroyed" second son Donald Trump by meddling in his "ability to develop and experience the entire spectrum of human emotion", which she says is the root cause of his "issues" with women, among other things.