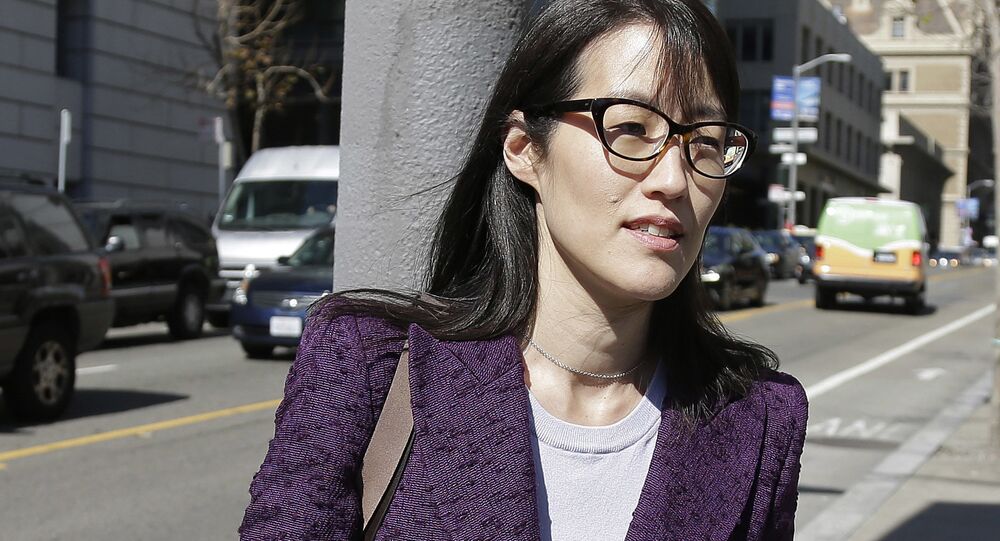 Accusations of sex trafficking against Ghislaine Maxwell have been around for a decade, but she remained a fixture on the American social scene until vanishing from the spotlight by the mid-2010s. The British media heiress finally faced charges last week, and is expected to seek a plea deal.

Tech investor Ellen Pao has recalled attending a top-tier party with Ghislaine Maxwell despite knowing about claims of sexual exploitation brought against her by Jeffrey Epstein’s alleged victims.

Pao, who served as Reddit’s chief executive for eight months in 2014 and 2015, said she saw Maxwell at an exсlusive 2011 Chrstmas party for Silicon Valley investors organised by venture capital firm Kleiner Perkins.

“I had no desire to meet her much less have a photo taken with her,” Pao tweeted on Monday, “We knew about her supplying underage girls for sex, but I guess that was fine with the ‘cool’ people who managed the tightly controlled guest list.”

After commentators slammed Pao for not calling out Maxwell despite knowing about the allegations, she clarified that Maxwell had not faced any charges at the time so it would be more fitting to say that they “suspected”, rather than “knew”, about her alleged crimes.

To be clear, the press had described her as supplying underage girls for sex, but she had not been charged so I guess it would be more accurate to say we "suspected" v "knew" https://t.co/N4nBWJxqXt

​Months before the ritzy party, Jeffrey Epstein’s alleged sex slave Virginia Giuffre came forward with well-publicised claims that Ghislaine Maxwell, his former girlfriend and long-time associate, had procured her for sex with the New York financier.

Epstein by that time had already served a prison sentence for soliciting a minor. The term, which he received under an ultra-lenient plea deal with Florida prosecutors, helped him avoid federal charges of sexual exploitation of women and underage girls.

Giuffre later filed a lawsuit against Maxwell, who rejected the accusations and counter-sued for defamation. The case was eventually settled out of court for an undisclosed sum in Giuffre’s favour.

The British socialite, who once rubbed shoulders with President Bill Clinton and Britain’s Prince Andrew, had largely vanished from the public by 2015. She has been hiding out in New England since Epstein’s arrest and death in prison in the summer of 2019, and was finally arrested last week. She faces up to 35 years in prison if convicted of the charges, which include enticement of minors, sex trafficking, and perjury.