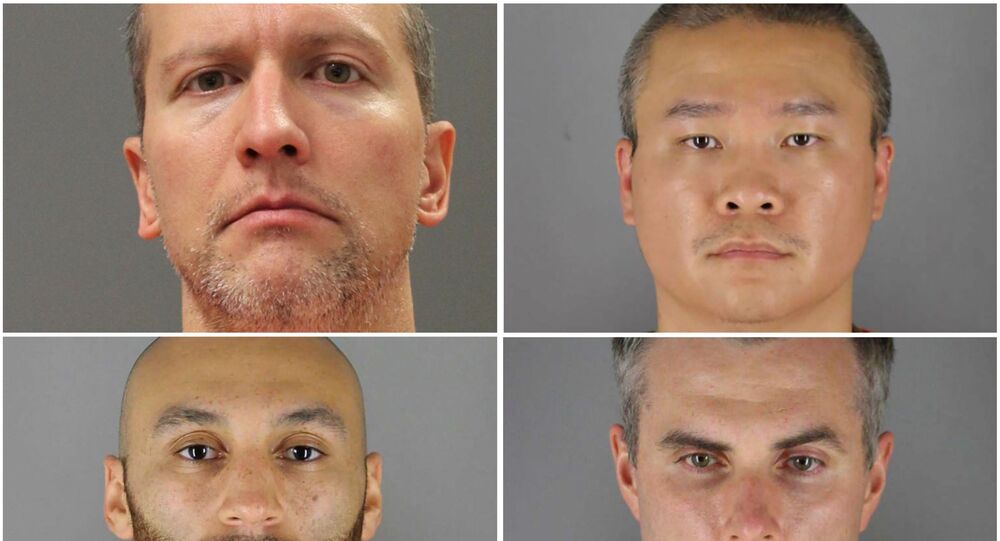 The recent release of Minneapolis Police Department body camera transcripts has provided the public with even more insight into the final moments of George Floyd’s life, and a clearer record of the 46-year-old’s pleas to the arresting officers on May 25.

Made public on Wednesday, the transcripts detail Floyd’s willingness to cooperate with Minneapolis Police Officers J. Alexander Kueng and Thomas K. Lane, despite his confusion regarding their right to detain him.

At the time, Floyd was sitting in a car with Shawanda Renee Hill, and officers were responding to a call of a forgery in progress.

“I’m sorry, I’m sorry,” Floyd said, according to the transcripts obtained by the Washington Post. “I didn’t do nothing … What did I do, though? What did we do, Mr. Officer?”

When Lane asked Floyd to exit his vehicle, the 46-year-old then began to recount a past encounter which resulted in him getting shot by an officer.

“I’m sorry, I’m so sorry. God dang man. Man, I got shot. I got shot the same way, Mr. Officer, before,” Floyd told Lane, after he asked Floyd to step out of the car. “Mr. Officer, please don’t shoot me. Please man.”

“I have no clue, because he’s been shot before,” Hill said. "[H]e got a thing going on, I’m telling you, about the police. He have problems all the time when they come, especially when that man put that gun like that.”

Floyd was placed on the ground soon after he told the cops that the squad car made him “claustrophobic” and gave him “anxiety.” He also informed officers that he had recently been diagnosed with COVID-19.

It was then that Officer Derek Chauvin, who has since been charged with the murder of Floyd, began placing his knee on Floyd’s neck and eventually told the 46-year-old that he was under arrest.

A number of bystanders attempted to reason with the officers, to no avail. Floyd also told arresting officers that his neck was hurting, only for Chauvin to counter his cries with a chilling response.

“Takes a heck of a lot of oxygen to say that,” he later said.

Kueng later told other officers that he could not find Floyd’s pulse.

Despite allegations of drugs being the real cause of the 46-year-old’s death, or Chauvin’s claim that Floyd could actually breathe, an autopsy report from the Hennepin County Medical Examiner’s Office confirmed that Floyd died of “cardiopulmonary arrest complicating law enforcement subdual, restraint and neck compression.” The medical examiner’s office also confirmed he was telling the truth about being infected with the novel coronavirus.