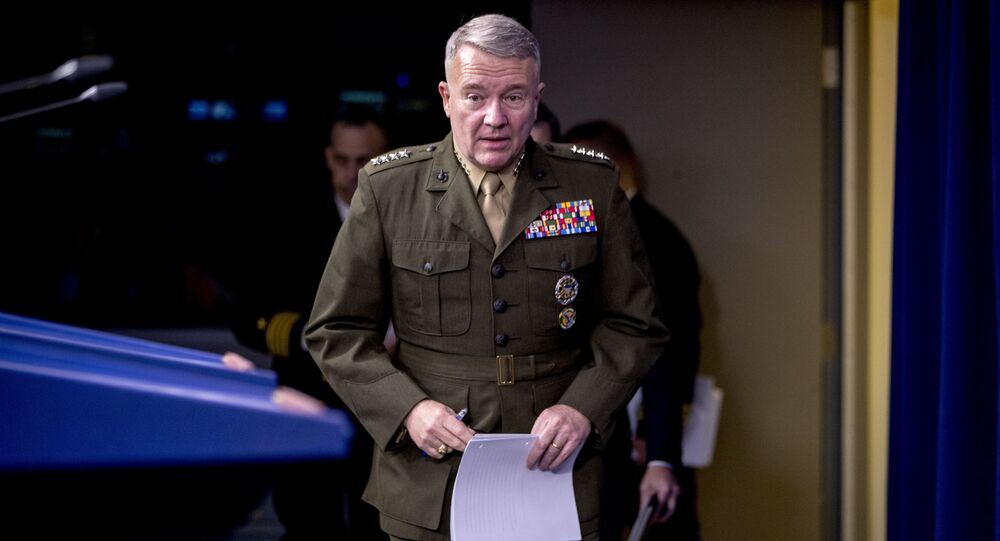 WASHINGTON (Sputnik) - US Central Command Commander Gen. Kenneth McKenzie is not convinced that American intelligence assessments support allegations that Russia offered bounties to kill US soldiers in Afghanistan, according to media reports.

McKenzie told The Associated Press and ABC News on Tuesday that although the reports are worrisome, he did not find a "causative link" between the intelligence on the Russian bounties and the deaths of US troops in Afghanistan. He said the intelligence case "wasn't proved" to him.

“The intel case wasn't proved to me. It wasn't proved enough that I'd take it to a court of law, and you know that's often true in battlefield intelligence", he said, according to the reports. "You see a lot of indicators, many of them are troubling many of them you act on, but in this case there just there wasn’t enough there", McKenzie said.

On 26 June, the New York Times published an article citing unnamed intelligence officials as saying President Donald Trump had been presented with an intelligence report claiming Russia could have paid bounties to Taliban-linked militants to assassinate US troops in Afghanistan.

Russian officials have denied the allegations as false and characterised them as being part of the internal political infighting in the United States.

Trump called the article another attempt at a Russia hoax to make Republicans look bad in an election year.

White House National Security Adviser Robert O'Brien said Trump was not briefed on the matter because the US intelligence community has not reached a consensus on the issue. O'Brien said a CIA officer made the decision not to show the president the intelligence because it was unconvincing.

US Congressman Adam Schiff, who was briefed on the intelligence, said one of the US spy agencies had a dissenting view and evidence that disputed the allegations.