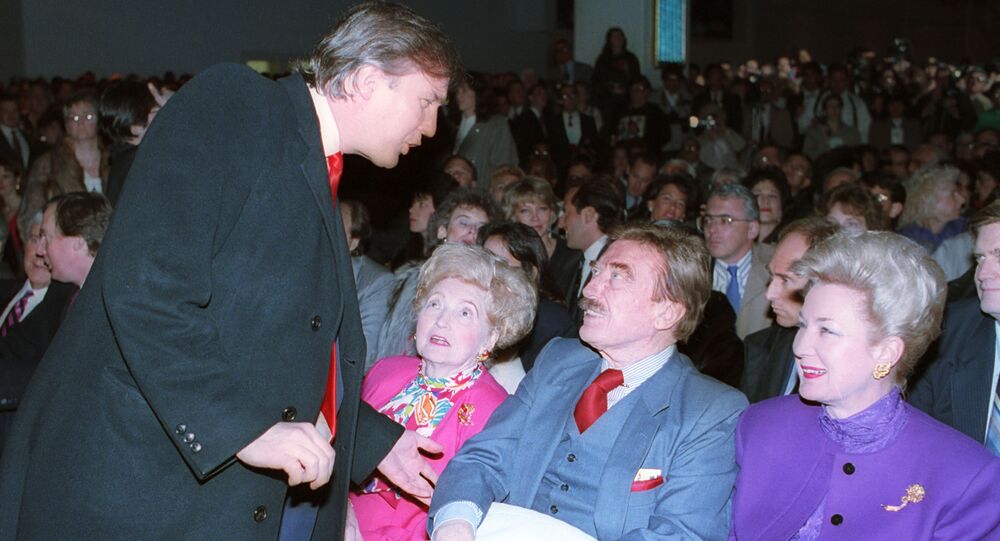 The forthcoming book authored by US President Donald Trump’s estranged niece, clinical psychologist Mary Trump, will reportedly feature an in-depth look into the psychological history of the US president and his father, a man she describes as a “sociopath” who scarred Donald Trump for life.

New reports on the contents of Mary Trump’s soon-to-be-released tell-all “Too Much and Never Enough: How My Family Created the World's Most Dangerous Man” detail that the US president was able to avoid the scorn and ridicule of his father, Fred Trump, because “his personality served his father’s purpose,” according to the Washington Post, which cited a copy of the memoir it obtained.

“That’s what sociopaths do: they co-opt others and use them toward their own ends — ruthlessly and efficiently, with no tolerance for dissent or resistance,” Mary Trump adds.

“By limiting Donald’s access to his own feelings and rendering many of them unacceptable, Fred perverted his son’s perception of the world and damaged his ability to live in it.”

Mary Trump, who has a doctoral degree in clinical psychology, frames Fred Trump as a cold individual who was incapable of being empathetic, despite being his children’s only available parent around the time Donald Trump was 2 and a half years old, when his mother fell ill.

“That Fred would become the primary source of Donald's solace when he was much more likely to be a source of fear or rejection put Donald in an intolerable position: total dependence on a caregiver who also caused him terror,” the rear cover of the book reads.

“Donald suffered deprivations that would scar him for life.”

As for the US president himself, Mary Trump describes her uncle as someone who has been “institutionalized for most of his adult life,” according to book excerpts published in the New York Times, “so there is no way to know how he would thrive, or even survive, on his own in the real world.”

She goes on to assert that Donald Trump operates based on his ego, which she writes is a “fragile and inadequate barrier between him and the real world.”

A recent order from Judge Hal B. Greenwald of New York’s Dutchess County Supreme Court has prohibited Mary Trump and Simon & Schuster from “publishing, printing or distributing any book or portions thereof," which includes describing portions of the book or assisting a separate entity in publishing the book, according to the Poughkeepsie Journal.

Robert Trump, Donald Trump’s younger brother, argued to the court that Mary is violating a family agreement signed over two decades ago. He noted that a confidentiality clause within the document explicitly states the signatories would not “publish any account concerning the litigation or their relationship,” unless all signing parties agreed.

Mary Trump and Robert Trump, a Dutchess County resident, are expected to appear in the county court on Friday. The Journal noted that Robert Trump’s initial filing on the matter in a New York City Court was denied.

Sputnik reported on Monday that the book’s publication, initially slated for July 28, has been moved up to July 14 due to “high demand and extraordinary interest,” according to the publisher.