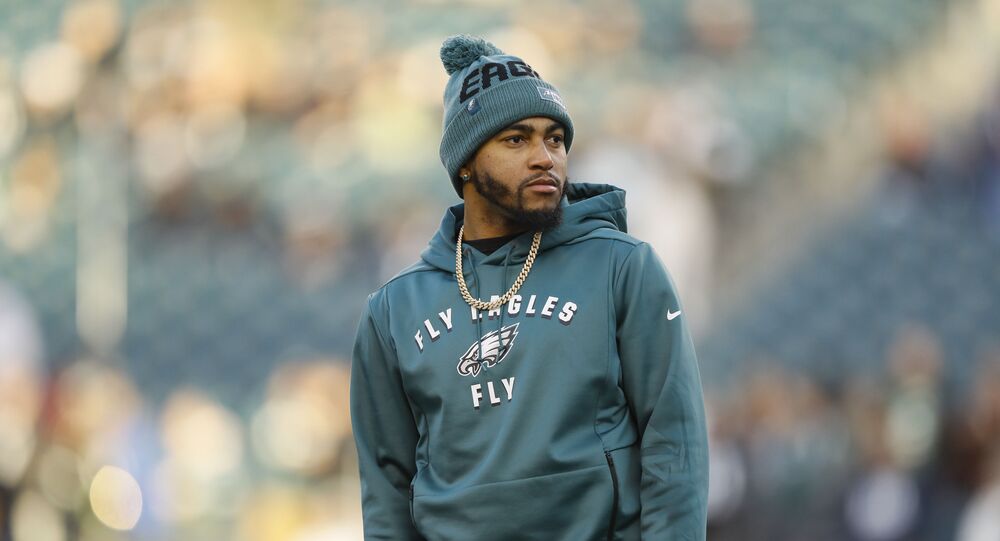 The footballer later argued that his posts were taken “the wrong way”, and that he has “no hatred” in his heart “toward no one”.

According to the media outlet, Jackson shared a clip of Melinda Gates "talking about a coronavirus vaccine” on his Instagram stories earlier this week, with the following caption: "Disgusting A** [people]. You get the vaccination first.. dumb broad!"

Another post of his reportedly featured a page from a book titled "The Hidden Treasure That Lies in Plain Sight 4: The Day of the Lord and the End of America”, which stated: "Hitler said, ‘because the white Jews knows [sic] that the Negroes are the real Children of Israel and to keep Americas secret the Jews will blackmail America.'"

The media outlet adds that Jackson "repeatedly promoted" Nation of Islam head Louis Farrakhan whom the Daily Caller describes as a "notorious anti-Semite".

As ESPN adds, following a backlash on social media, the footballer argued that his posts were taken “the wrong way".

"Anyone who feels I have hate towards the Jewish community took my post the wrong way. I have no hatred in my heart toward no one!! Equality. Equality", he reportedly wrote, accompanying said caption with “raised fist emojis in multiple skin tones".

And while Anti-Defamation League Philadelphia moved to condemn Jackson's posts, it later voiced its appreciation of the footballer's apology and of the Eagles' reaction to said posts.

We have seen @DeseanJackson10's disturbing posts. We are disappointed and hope @DeseanJackson10 will use his platform to educate and unify, rather than to amplify messengers of hate.

ADL appreciates @DeSeanJackson10 apology for the #antisemitic posts on his Instagram and the @Eagles condemnation of them. It's our hope he uses this moment as a chance to work with the Jewish community and educate himself further on how dangerous and hurtful antisemitism is.