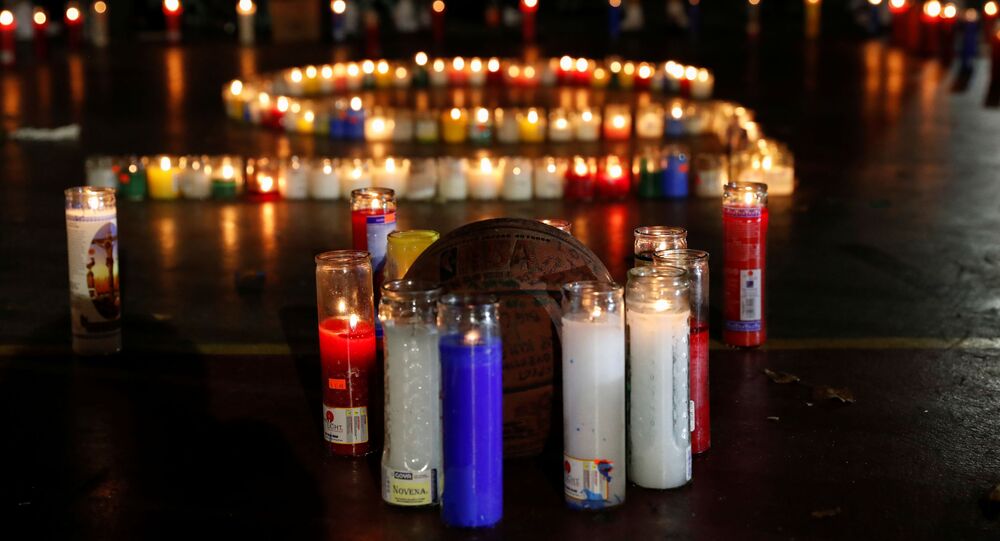 Some American cities that have been severely shaken by the wave of protests following the death of Minneapolis citizen George Floyd at the end of May, including Atlanta, have now been experiencing a significant spike in gun violence, according to police reports. And it is not only adults that often turn out to be victims of deadly shootings.

At least 16 children have been shot, some of them fatally, since the start of June in several cities across the United States which have recently experienced a “surge in crime”, the Daily Caller claims, citing a compilation of media reports on child shootings.

One of the most recent incidents was the killing of Secoriea Turner, a 8-year-old black resident of Atlanta, who was shot dead on the Fourth of July weekend while she was in a car with her mum. The incident reportedly took place near the area where Rayshard Brooks was shot dead by an Atlanta police officer last month when trying to avoid arrest.

Secoriea Turner and Royta Giles Jr. both 8. Have recently lost their lives to gun violence.

Put the guns down. Now. pic.twitter.com/M0f6YF2Pm1

Following the killing of the girl and another incident in the area, Governor Brian Kemp declared a state of emergency in Georgia and authorized the deployment of up to 1,000 National Guard troops to respond to “recent trend of lawlessness”. Interim Atlanta Police Chief Rodney Bryant told local Channel 2 on Monday that the recent weekend in Atlanta was “the most violent” one he could recall throughout his 30-year career, with a record number of homicides reported in June since 2003.

This recent trend of lawlessness is outrageous & unacceptable. Georgians, including those in uniform, need to be protected from crime & violence. While we stand ready to assist local leaders in restoring peace & maintaining order, we won’t hesitate to take action without them. https://t.co/NTacEm4v7o

According to the analysis by Daily Caller, at least seven children have been shot in New York City since June, including the unintentional firing of a gun towards a 7-year-old girl in East Harlem. The child is expected to survive, unlike 17-year-old basketball star, Brandon Hendricks, who was killed on 28 June in the Bronx while at a barbecue, just several days after his High School graduation. 22-year-old Najhim Luke has now been arrested and charged with murder, manslaughter and criminal possession of a weapon following Hendricks’ death, according to ABC 7.

RIP @Bdiddy156! You were a great young man and a talented person. May your soul rest in power! 🙏🏾🙏🏾🙏🏾 pic.twitter.com/5J2AIPqUu4

“We have to stand and bury one of our own because of one of our own, that’s unacceptable and it’s unsustainable”, community activist Kirsten John Foy commented on the incident.

Several other shooting incidents, some involving children, were recorded in cities such as Philadelphia, Washington D.C. and Seattle’s “autonomous police-free” zone, that has been recently disbanded at the orders of the city's mayor. According to the report, all the aforementioned cities have been embroiled in large protests following the death of George Floyd in Minnesota at the end of May and have experienced a significant surge in crime rates. In New York City, incidents of shootings had reportedly surged by more than 358% by the middle of June in comparison to the same period last year.