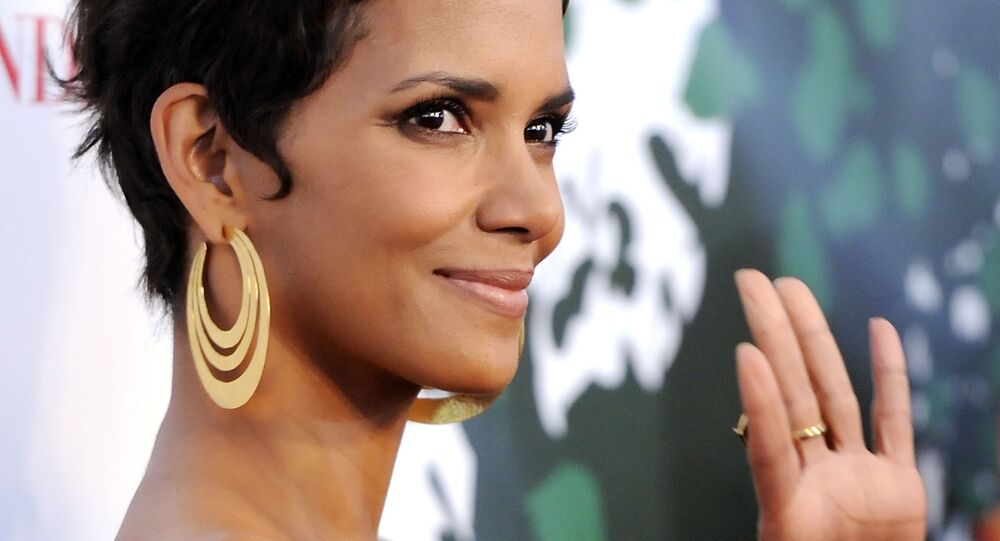 American actress Scarlett Johansson dropped out of her role in the drama Rub & Tug in 2018 after a backlash from the trans and LGBT community for being cast to play the role of crime kingpin Dante “Tex” Gill, who was born Lois Jean Gill but identified as a man.

Oscar-winning actress Halle Berry went on Twitter on Monday evening to issue an apology to the trans activist community amid a ferocious backlash for revealing she was considering a role as a transgender man that had been pitched to her recently, and compounding matters further by misgendering the proposed character.

​Earlier, in a Friday Instagram Live interview for hair stylist Christin Brown, the Berry let slip that she might one day consider wearing her hair short for a particular role she had been pitched.

"I'm thinking of a character where this woman is transgender… She's a woman that transitioned into a man," said the actress, misgendering the proposed character by using the wrong pronouns.

Halle Berry has said that she might be playing a transgender man in an upcoming movie that was pitched to her.

She adds that she wants to “experience that world, understand that world.”

​Netizens had swooped down on the 53-year-old actress.

No. Cis people should not play trans people.

bad idea. she also misgendered him throughout the entire interview.

Thru misgendering & then framing this as a 'woman's story,' Halle shows she really isn't the one to be attached to this in any way.

if you wanna "understand that world", let a trans man play the role and then watch that movie. 🙄

This is all bullshit, but the language here demonstrates @halleberry doesn’t even know what a trans man IS. This is why cis people can’t take trans roles - too many confuse our actual identities with their Oscar bait. I look forward to her apology and dropping of this part. https://t.co/macrUffM24

​Many suggested Berry educate herself on trans issues by watching the documentary film “Disclosure”.

Cis ppl shouldn't be pursuing their personal education in public projects harmful to real people. I dunno who the writers or producers are, or what they pitched, but Halle & all of them need to watch Disclosure ASAP and reconsider the whole thing.

​Some comments on social media sided with the actress, underscoring that the profession suggested being able to try out challenging roles.

She should, she’s an actor, that’s their job

Here we go again. People are so focused on being so damn pc that you forget big names (Berry, Johansson) will put butts in the damn seats. Shine light and bring awareness for trans stories

How many people will watch a movie with some unkown actor just because they're trans? Hmm?

​The public apology by Halle Berry and her decision to stand down from the role that she claimed was pitched to her while she was working on her upcoming film, 'Bruised', slated to premiere at the Toronto Film Festival in September, has been hailed by the Gay & Lesbian Alliance Against Defamation.

We are pleased that @halleberry listened to the concerns of transgender people and learned from them. Other powerful people should do the same. A good place to start is by watching @Disclosure_Doc to learn about trans representation in media. https://t.co/SAxSvXxbk3

​Even the filmmakers tweeted to applaud the actress for backing out of the proposed role.

Thank you @halleberry for listening and learning. We hope #DisclosureNetflix is one of many educational tools you and others can rely to inspire and strengthen allyship. https://t.co/SA71QFsgAN

​In 2018 actress Scarlett Johansson had considered playing a transgender character in the film 'Rub and Tug' but backed out after her casting angered trans actors and activists.