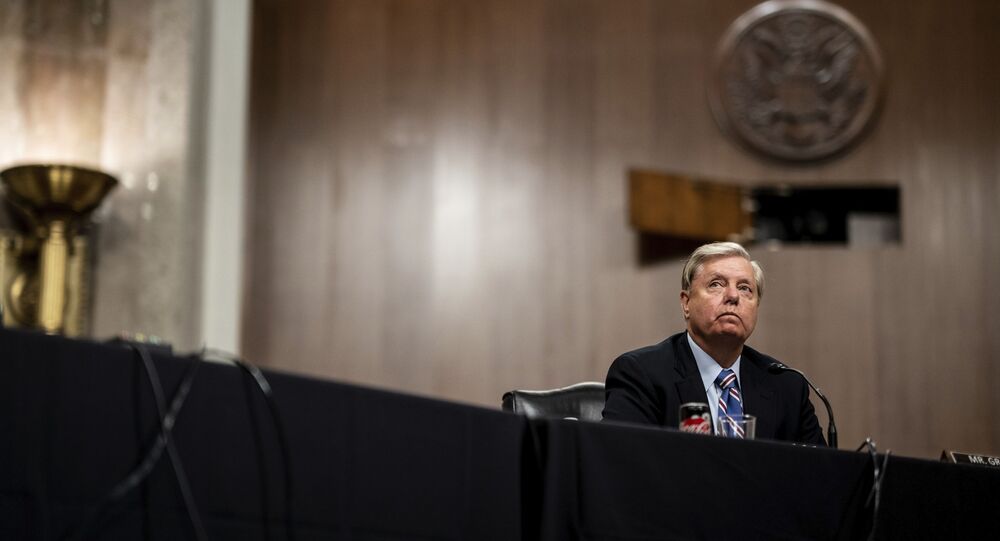 Republican Senator from South Carolina Lindsey Graham has always been an outspoken supporter of President Donald Trump, even referring to an impeachment hearing process against POTUS last year as “a bunch of BS”. However, a visible string of disagreements have recently been noted between the two prominent Republicans.

Senator Lindsey Graham is facing a strong opponent in November's Senate elections: former chairman of South Carolina’s Democratic Party Jaime Harrison. This development, according to Jack Kelly’s article for McClatchy, could be linked to his recent public rebukes of Donald Trump’s comments and policies.

Graham has recently voiced his disagreement with the president’s tweet over a “noose” incident related to African-American NASCAR driver Bubba Wallace. Donald Trump alleged on Twitter that a story about a noose found in the Wallace’s garage was a “hoax” and wondered whether the driver had apologised to his colleagues. The South Carolina senator however later insisted that Wallace did not do anything to warrant feeling apologetic, and said that he would rather support solidarity among NASCAR drivers than “being worried about it being a hoax”.

Has @BubbaWallace apologized to all of those great NASCAR drivers & officials who came to his aid, stood by his side, & were willing to sacrifice everything for him, only to find out that the whole thing was just another HOAX? That & Flag decision has caused lowest ratings EVER!

In June, Graham, who chairs the Senate Judiciary Committee, also publicly declared that he would not proceed with Donald Trump’s nomination for US Attorney for the Southern District of New York, Jay Clayton, until Democratic New York Senators Chuck Schumer and Kirsten Gillibrand agreed to it. However, both senators so far strongly oppose Clayton’s nomination to the position.

“As to processing US Attorney nominations, it has always been the policy of the Judiciary Committee to receive blue slips from the home state senators before proceeding to the nomination,” Graham said in a statement at the time. “As chairman, I have honoured that policy and will continue to do so.”

THe South Carolina senator has also recently opposed Trump’s bid to temporarily halt visas for foreign workers, arguing shortly after the president’s related executive order that “those who believe legal immigration, particularly work visas, are harmful to the American worker do not understand the American economy”. He also publicly defended the need to wear face masks in public places, something which has been visibly disregarded by the President on many occasions.

Graham also insisted on 27 June that the Trump administration should “take seriously” a report, originally published by The New York Times, alleging that Russia has placed “bounties” on US troops in Afghanistan – claims that have been denied by both Russian officials and the White House, which maintained that Donald Trump has never received a briefing on the matter.

I expect the Trump Administration to take such allegations seriously and inform Congress immediately as to the reliability of these news reports.

However, following this alleged row over the NYT report and SDNY nomination issue, Graham still went on to golf together with the President at Trump National Golf Club shortly after.

Lindsey Graham has long been regarded as Donald Trump’s outspoken ally and friend, who publicly supported the President during impeachment hearings last year. However, Jack Kelly’s article alleges that the senator is facing a strong challenge from Jaime Harrison in November senate elections for South Carolina.

© REUTERS / Erin Scott
Sen. Lindsey Graham Trolled Online After Getting Gift From Trumps During Coronavirus Self-Quarantine
Harrison’s campaign had managed to raise a staggering $7.4 million in the start of 2020, $2 million more than Graham initially did, according to the report. However, the Republican senator is currently believed to have significantly more cash on hand available than his Democratic rival.

It remains a question though, whether there is any real connection between Graham’s recent rhetorical split with Trump and the need to gain as many votes as possible from South Carolina to support his re-election bid.