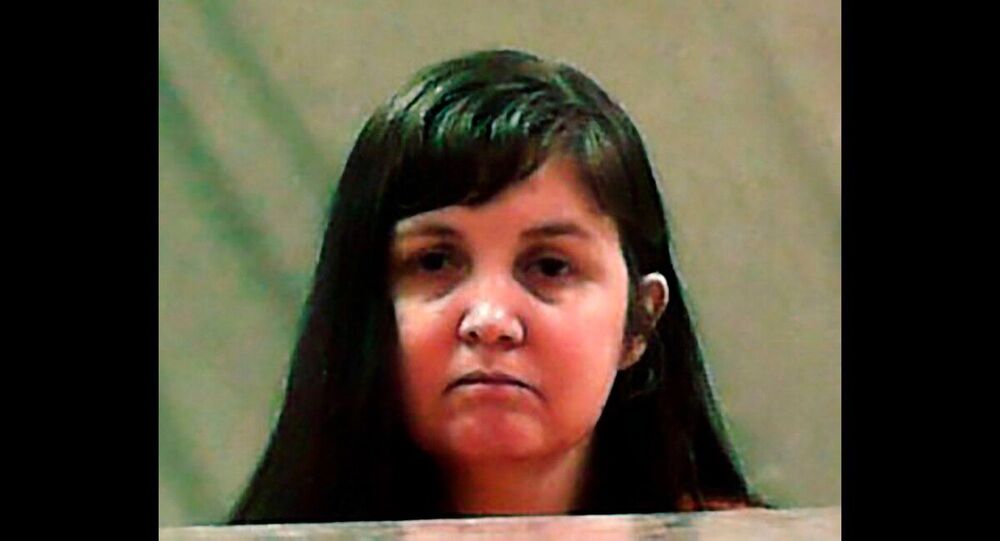 The woman, who has held various jobs that granted her access to classified military information, is facing a total of 13 years in prison if convicted. She was arrested in Mexico last August at a hotel in the Mexican capital with the daughter over whom she did not have custody, the Justice Department said.

A West Virginia intelligence worker has entered a guilty plea deal related to her flight to Mexico and theft of top-secret government docs.

Elizabeth Jo Shirley, from Hedgesville, West Virginia, has admitted to one count of wilful retention of national defence information and one count of international parental kidnapping, according to a Justice Department news release.

Prosecutors said that Shirley had served on active duty with the US Air Force in the 1990s and then in the Air Force and Navy reserves. She also held various jobs with the Navy’s Office of Naval Intelligence, the Departments of Defence and Energy, the National Cyber Investigative Joint Task Force, and at least five cleared defence contractors. Those jobs allowed her to have TS/SCI security clearances, which provide access to sensitive national security information.

47-year-old Shirley was arrested in Mexico City last August with her daughter, over whom she did not have custody. She was supposed to return the 6-year-old girl to her custodial father after a scheduled visit in July that year but missed the deadline.

The FBI searched Shirley’s electronic devices and a storage unit in Martinsburg, West Virginia. They found that she had stored classified NSA information and took to Mexico a document that contained “intelligence information regarding a foreign government’s military and political issues”.

Shirley had sought to offer that information to the Russian government and was hoping to request asylum in Russia to avoid extradition to the United States, according to the plea deal.

The two charges she admitted to carry up to 13 years in prison and a combined fine of $500,000. The prosecutors did not provide a sentencing date in the statement.