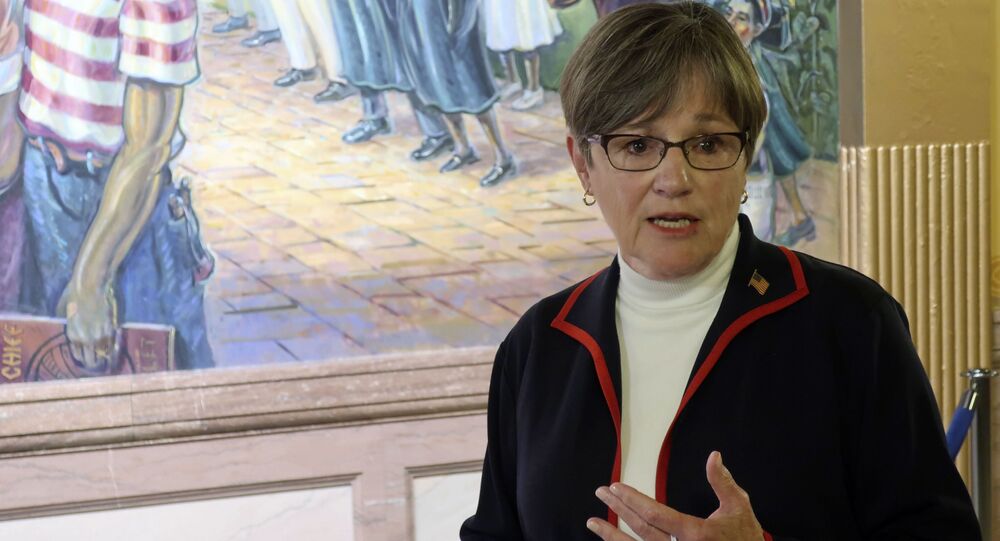 The cartoon in question was branded by Kansas Governor Laura Kelly as anti-Semitic, Illinois Governor J.B. Pritzker reportedly described it as "another disgusting display by ignorant Republicans who fail to understand that their propaganda is costing lives”.

Dane Hicks, GOP chairman for Anderson County, Kansas, has apologized for a cartoon posted on the Facebook page of a newspaper he owns, which drew parallels between the local governor's order to wear masks in public and the Holocaust.

The cartoon in question features Democratic Kansas Governor Laura Kelly wearing a face mask emblazoned with a Jewish Star of David, depicted next to a digitally altered image of people being loaded onto train cars, with this imagery being accompanied by the following caption: "Lockdown Laura says: Put on your mask ... and step onto the cattle car".

While Hicks initially described the image as an example of how political cartoons are "gross over-caricatures designed to provoke debate" and "fodder for the marketplace of ideas", he eventually announced that he was removing the cartoon after "some heartfelt and educational conversations with Jewish leaders in the US and abroad."

"I can acknowledge the imagery in my recent editorial cartoon describing state government overreach in Kansas with images of the Holocaust was deeply hurtful to members of a culture who've been dealt plenty of hurt throughout history, people to whom I never desired to be hurtful in the illustration of my point," Hicks said in a statement.

Previously, Laura Kelly herself condemned the image, calling it anti-Semitic, while Illinois Governor J.B. Pritzker described it as "another disgusting display by ignorant Republicans who fail to understand that their propaganda is costing lives", according to The Hill.

The face mask order was issued by Governor Kelly because of an apparent resurgence in reported coronavirus cases with the state's total reaching almost 16,000 as of 3 July.