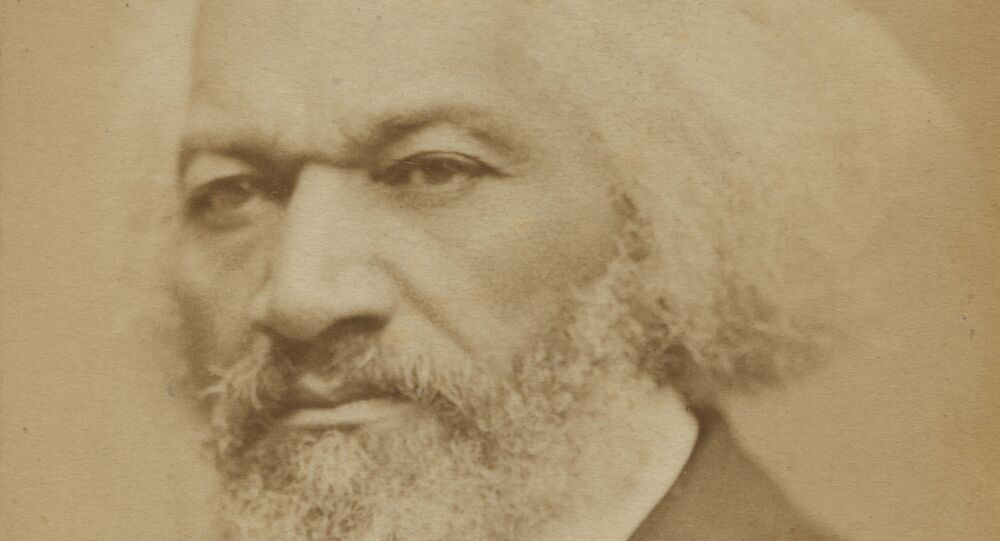 Frederick Douglass was a black man in 19th-century America, a social reformer, outstanding orator and a national leader of the abolitionist movement that sought to end enslavement in the United States, after escaping from slavery himself.

A monument to US anti-slavery icon Frederick Douglass in the city of Rochester, New York, was violently removed from its pedestal over the 4th July weekend, according to police. The statue, earlier standing at Maplewood Park, was torn from its base in a way that reportedly has made repair of the monument impossible.

Photos were shared in social media displaying the vandalized base, with remnants of the statue "scattered around the area".

According to statement made by Rochester police, the monument "had been placed over the fence to the gorge and was leaning against the fence", cited by Democrat and Chronicle.

The base of a Frederick Douglass statue torn down overnight here in Maplewood Park. Bits of the statue scattered around the area. @News_8 pic.twitter.com/L6qgV7bVH2

​Carvin Eison, director of the "Re-Energizing the Legacy of Frederick Douglass" project, said the monument was beyond repair and would need to be replaced, adding that "it's particularly painful that it happened at this time".

The statue was destroyed on the anniversary of the prominent civil activist and abolitionist leader's delivery of his famous speech "What to the Slave is the Fourth of July" in, ironically, the city of Rochester, in which he denounced the enslavement of Blacks and rejected the US 4th of July celebration.

Recently, many monuments have been defaced and toppled, including those of George Washington and Thomas Jefferson, as well as many Confederate personalities, as activists and others claim that these figures must be denounced for enslavement and abuse.

Douglass does not, however, resemble the pro-slavery figures judged as worthy of scorn by some Black Lives Matter activists, as the iconic orator and reformer, who believed in equality for all, is famous particularly for having led the movement against slavery in the United States.

A former slave himself, he gained wide attention for his anti-slavery stance, while consistently promoting dialogue and unity despite racial and ideological differences.