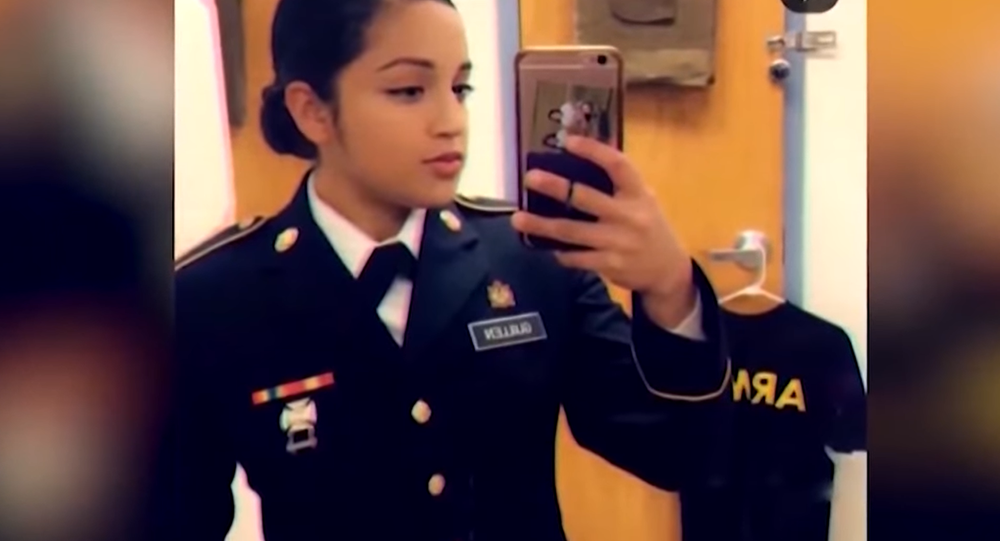 Vanessa Guillen, a 20-year-old US Army soldier, has been missing since late April. Earlier in June, human remains were discovered near Fort Hood, not long before a key suspect was confirmed to have committed suicide.

The US Army experts have identified remains found near Fort Hood and confirmed that they belong to Spc. Vanessa Guillén, family attorney Natalie Khawam said in a statement on Sunday, cited by The Associated Press.

"The Army has confirmed that the bones, hair and other remains found are Vanessa Guillen. We are at a loss for words", Khawam said.

The attorney also said that the family has been informed, accompanied by their priest.

The remains were found on Tuesday, near the Leon River in Bell County, not far from Fort Hood, as law enforcement officials had been searching for the missing soldier.

According to the AP, federal investigators said that Guillen was killed and dismembered by a fellow soldier. Texas’ Killeen Police Department (KPD) confirmed that the key suspect had killed himself when police officers tried to approach and contact him.

Army officials, cited by AP, identified the deceased suspect as Aaron David Robinson, while another suspect, Cecily Aguilar, has been arrested and accused of allegedly helping Robinson hide Guillen's body.

Guillen vanished from Fort Hood in late April, and her family has called for a congressional investigation, since they believe she was sexually harassed by Robinson. Commenting on the matter, US Representative Tulsi Gabbard  - a former Democratic US presidential candidate and Army vet - announced that she will introduce legislation allowing soldiers to report harassment to a neutral third party unrelated to military command.