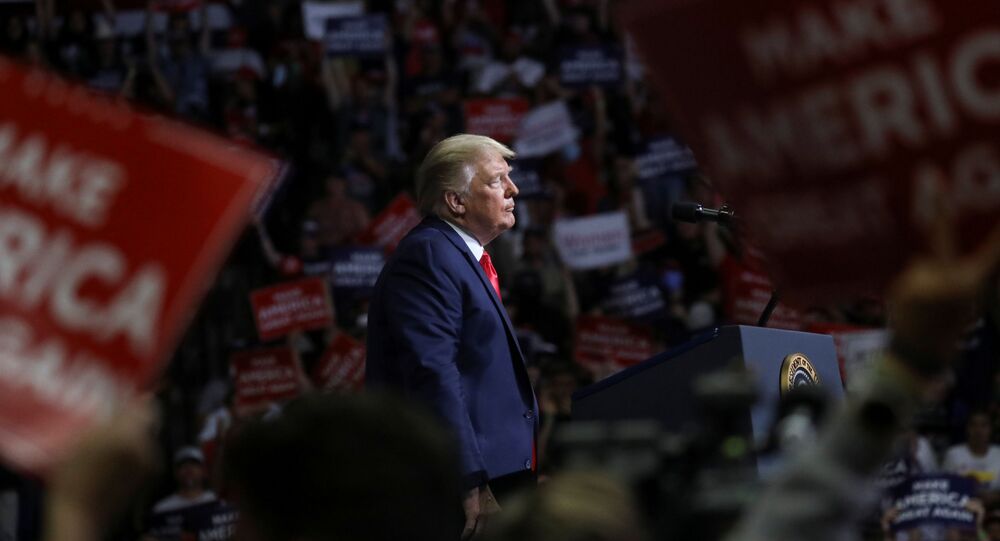 Trump Will Host Next Campaign Rally in New Hampshire on 11 July, His Team Says

WASHINGTON (Sputnik) - US President Donald Trump will hold an outdoor campaign rally in New Hampshire on July 11, his team announced amid a continuing spread of the coronavirus in the US.

According to Trump’s team, hand sanitizer and face masks will be provided to all attendees.

Register for FREE TICKETS on the "Trump 2020" App, the only way to redeem expedited entry into a rally!

The planned New Hampshire rally will follow Trump’s 20 June rally in Tulsa, Oklahoma, which was Trump’s first campaign event since March, when the COVID-19 lockdown began in the US. Over 6,000 people attended the gathering, according to US media reports, which claimed that social distancing rules were not observed at the event in Tulsa.

According to Trump’s re-election campaign, six members of the advance team preparing for the Tulsa rally had tested positive for the coronavirus. According to the Washington Post newspaper, dozens of the US Secret Service officers who worked at Trump’s campaign rally in Tulsa were ordered to self-quarantine for 14 days after two of their colleagues were diagnosed with COVID-19 - both of them were reportedly infected at the rally.

The coronavirus infection has been spreading rapidly in the United States, with more than 30 states reporting a surge in new cases over the past week. The US has the largest number of confirmed COVID-19 cases (over 2.8 million) out of all the countries and the highest COVID-19 death toll (over 129,800), according to the latest data from Johns Hopkins University.