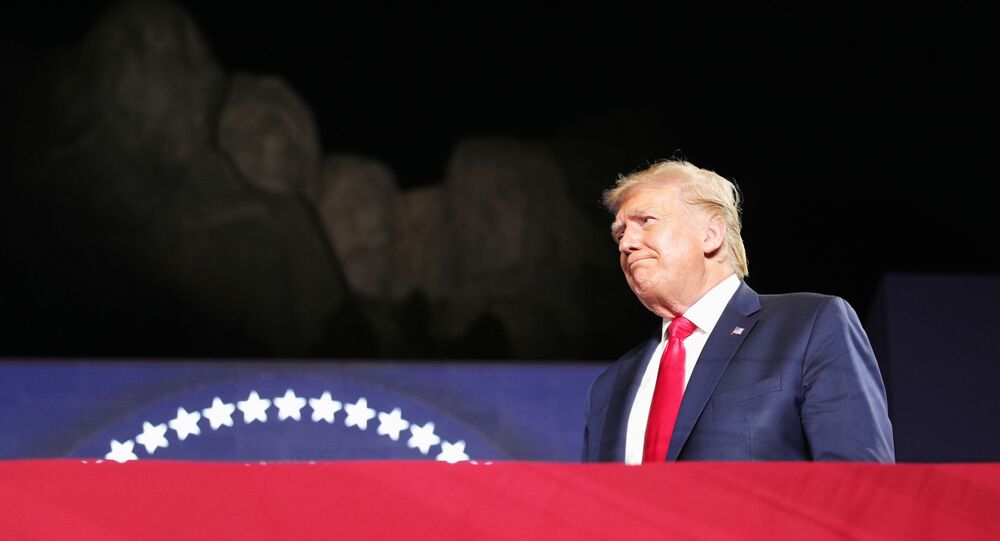 Nancy Sinatra, one of three children of iconic American singer Frank Sinatra, is known to publicly criticize US President Donald Trump. Particularly, she made headlines in the media when she shaded Trump in 2017 with the lyrics of Sinatra's "My Way", pointing to the song's first line.

Nancy Sinatra, daughter of iconic singer Frank Sinatra, asserted in her Twitter account that the man known to many as The Voice "did actually loathe" US President Donald Trump, responding to a tweet posted by Mia Farrow, her former stepmother, who also noted that Sinatra "would have loathed" the current US president.

These comments came after Trump, at an event at Mount Rushmore, announced that he would create a so-called National Garden of American Heroes - a "vast" park with monuments to "the greatest Americans to ever live" - mentioning Ol' Blue Eyes as one of those in a speech that preceded the announcement.

He actually did loathe him.

​Both Nancy Sinatra and Farrow are known to publicly criticize Trump, and have recently denounced the president for his responses to both the coronavirus pandemic and Black Lives Matter movement.

When Trump was first elected and chose Sinatra's "My Way" for his dance with the first lady during the inauguration ball, Nancy Sinatra tweeted "Just remember the first line of the song", which is "And now, the end is near". She deleted the tweet not long after.

Frank Sinatra, nicknamed Ol' Blue Eyes and The Voice, was mentioned in Trump's speech, as he, a recipient of the Congressional Gold Medal, remains one of the world's most recognizable singers.

Trump's National Garden of American Heroes project was announced amid a push by many Americans to topple statues dedicated to personalities seen by anti-racism activists as offensive due to their legacy of direct responsibility for injustice toward Black and Native Americans.