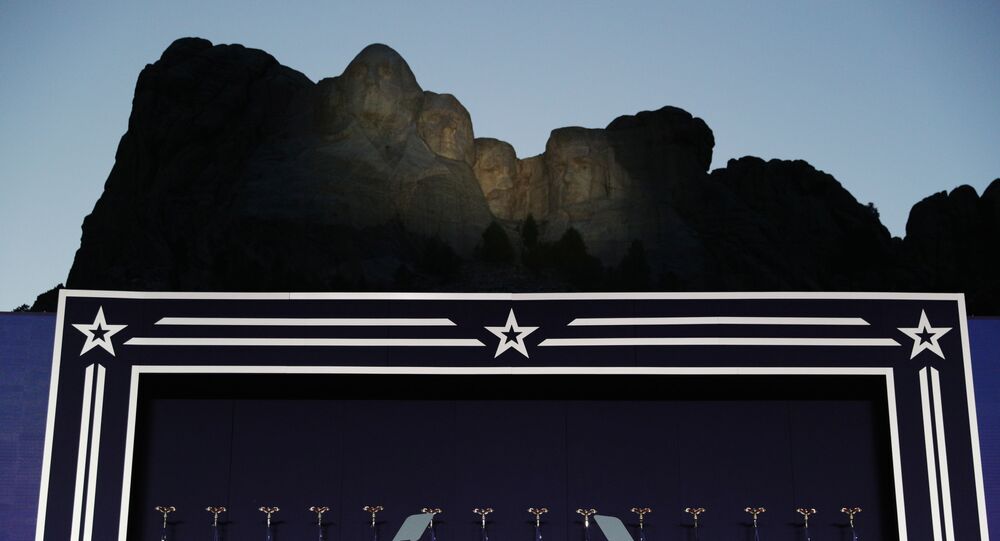 The plan to build a monument was devised as a response to a recent trend amid the nationwide BLM protests to topple statues of historically significant American figures who are somehow linked to either slavery or racial issues in the US, such as monuments to generals who fought for the Confederacy.

US President Donald Trump has signed an executive order aimed at building a new monument honouring "the greatest Americans to ever live" by the 250th anniversary of independence in 2026. A Special Task Force for Building and Rebuilding Monuments to American Heroes will be managing the construction of the new monument, which was dubbed the National Garden of American Heroes by POTUS.

"Americans must never lose sight of this miraculous story. So today […] I am announcing the creation of a new monument to the giants of our past. I am signing an executive order to establish the National Garden of American Heroes", Trump said during his Friday speech at Mount Rushmore.

The new monument will essentially be an outdoor park featuring statues of "historically significant Americans" who "positively" impacted the US in some way – be it achievements in a high political position, setting records as an athlete, or fighting for human rights as an activist. The exact location and other details of the park have not yet been determined, with the new task force set to present options to Trump in a matter of two months.

The executive order, however, outlined 31 historical American figures that should be represented in the park, although it's possible that the final list will be longer.

The list outlined in the executive order features most of the founding fathers, as well as prominent American presidents, such as Abraham Lincoln and Ronald Reagan. Eight significant American women, who either engaged in human rights activism, such as the suffrage movement, or in other notable activities, also made it onto the list – among them are Amelia Earhart, the first American female aviator; Christa McAuliffe, a teacher and astronaut who died in the Challenger space shuttle disaster; Clara Barton, the founder of the American Red Cross; and Harriet Tubman, an African-American abolitionist and political activist.

Tubman, however, was not the only historically significant African-American figure to make it onto the list, as she is accompanied by Frederick Douglass, a 19th century statesman;  Jackie Robinson, the first black person to play in Major League Baseball (MLB); and civil rights activist Martin Luther King Jr.

The list of statues for the Garden of American Heroes will also feature key figures of the Civil War and the Second World War, including Joshua Chamberlain and General George S. Patton, inventors such as the Wright brothers, who built the first successful motor-operated airplane, and even famous American explorers and frontiersman, like Daniel Boone and Davy Crockett.

Here is the full list of names mentioned in the executive order:

Trump's decision to establish the new memorial was not random, but came in response to the ongoing toppling of statues of famous Americans across the country by BLM and George Floyd protesters, who claim that these figures promote racism and perpetuate the memory of or glorify slavery, which was abolished following the American Civil War in 1865. Trump accused the protesters of trying to "defame [American] heroes" and "erase [American] values", calling for the "left-wing cultural revolution" to be stopped. His statements come in the wake of the signing of another executive order that stipulates giving up to 10-year prison sentences to people found guilty of damaging "symbols of national heritage".