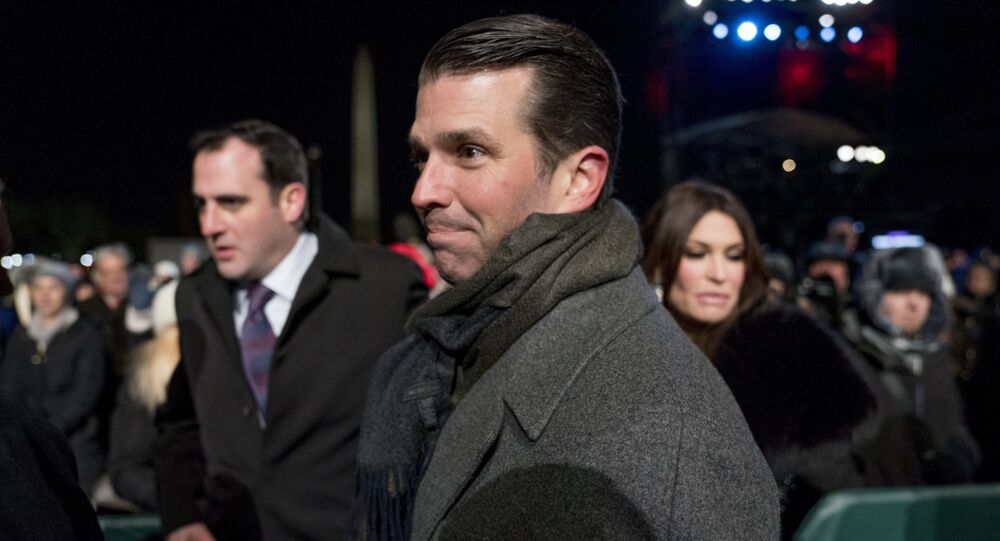 At least seven US states have of late reported an increase in the tally of hospitalisations with COVID symptoms, with infection rates climbing in the lion’s share of the country, according to Johns Hopkins University.

Kimberly Guilfoyle, the girlfriend of Donald Trump Jr., the US president’s eldest son, has tested positive for the novel coronavirus, The New York Times reported.

Guilfoyle, a former Fox News host and currently a top Trump campaign fundraiser, travelled as part of the presidential team to South Dakota for the Independence Day celebrations, where Trump was to take the floor, but did not attend the event after getting the positive test result, the newspaper report has it.

According to the paper, the official, who hasn’t so far shown any COVID symptoms, has not been in close proximity to the president of late, and Donald Trump Jr. has tested negative.

The Trump campaign is in full swing across the country, which has now embarked on the path of easing the COVID-triggered two-month lockdown.

While critics accuse the president of underestimating the seriousness of the healthcare crisis, proponents of the quarantine relaxation suggest the aftermath of grand economic freezes would be much more detrimental for citizens than the infection itself.

With the pandemic having already killed over 120,000 Americans, Trump has been blasted for refusing to wear face masks, promoting theories on the virus’ origins, and upcoming cures, as well as calling for a speedy economic reopening.

The other day, the US recorded the highest number of new cases of the virus a single day at more than 50,000 on Wednesday, as per data provided by Johns Hopkins University. A surge has been registered in several states that were first to reopen and ditch restrictions on movement.

Cases have been on the rise in 38 states in the last 14 days, a New York Times tracker suggests, led by Idaho, Florida, and Nevada. The virus continues travelling through Texas, Arizona, and other states, with at least seven reporting an uptick in hospitalisations and in the number of tests that show a positive result.

The healthcare crisis and hence lockdown have caused serious repercussions for the country’s economy, as also happened in other countries. For instance, according to the latest statistics, the total number of US job losses from the coronavirus (COVID-19) pandemic fallout have hit roughly 39 million.

As the world economy has now set about gradually emerging from the virus-induced lockdown, so-called reallocation shock will linger for some time, prompting high and long-lasting unemployment rates, a Bloomberg report has it, bringing up both furlough rates and permanent job losses.