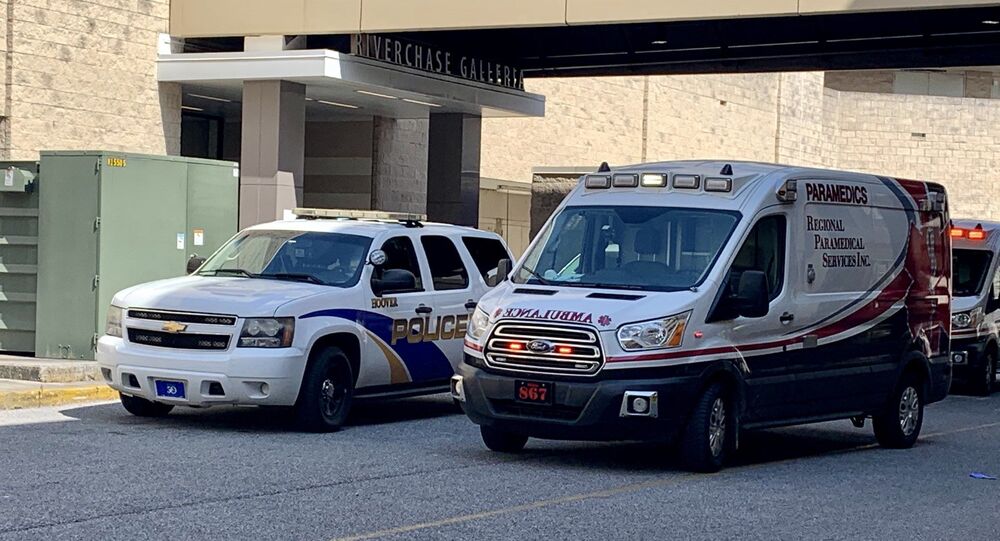 On Friday, police responded to reports of shots fired in the Riverchase Galleria in Hoover, Alabama, later announcing that the scene had been contained and an investigation into the shooting had been launched.

Police of Alabama's Hoover released a statement, confirming an eight-year old child died as the result of the shooting incident at the Riverchase Galleria mall on Friday, as one man, one woman and one child were transfered to the hospital in an unknown condition.

Earlier, police department confirmed during a press conference that at least four people had been transferred to a hospital in an unknown condition after the incident.. It is unclear how many shooters were involved and whether there was a motive.

Update on Galleria shooting.#HooverPD will work tirelessly to bring the responsible individuals to justice.

​Earlier, police responded to reports of shots fired at the mall, later announcing that the "scene is contained".

According to social media users, witnesses on the site said that shots were fired inside the mall. There are at least four ambulances reported to be at the scene, along with fire department units.

The investigation on the matter is still ongoing.

Report of shots fired at the galleria. Unknown injuries at this time. Unknown exact location. More information to follow.#hooverpd

​Photos allegedly made at the site show a law enforcement and emergency services presence in the area.

There are 4 ambulances at least on the scene. Witnesses say shots fired inside the mall pic.twitter.com/j3okLV894h

According to multiple unconfirmed reports, one suspect was taken into custody.

I was in the Riverchase Galleria when the shots were fired. The staff at @TorridFashion worked quickly to get all patrons and staff out the back into a safe situation. Thank you, Torrid ladies, for keeping calm and acting.

Hoover PD on the scene, one suspect in custody.

One Dead in Shooting at Jefferson Square Park in Louisville, Kentucky