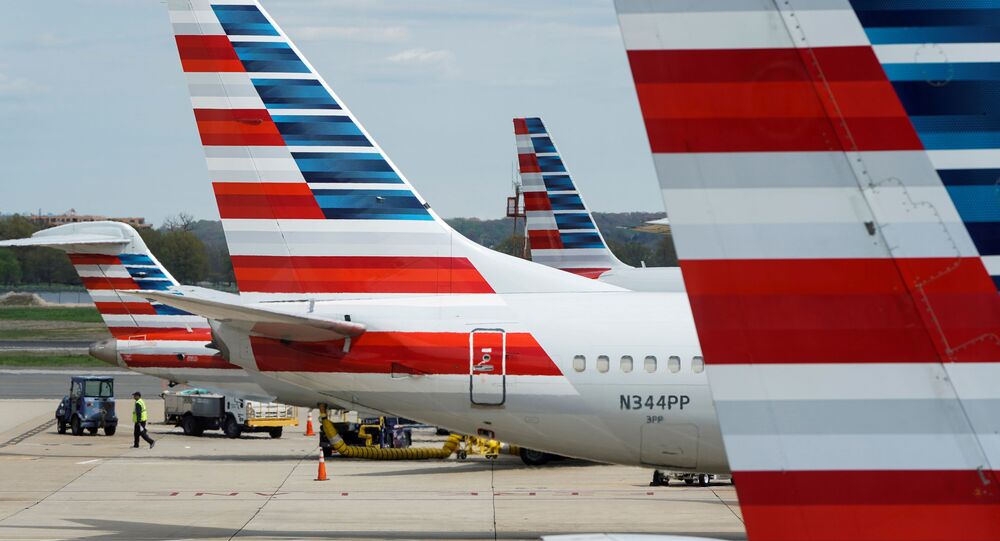 WASHINGTON (Sputnik) – The US government sought to codify novel coronavirus rules for airline passengers and employees with a series of measures announced by Transportation Secretary Elaine Chao in a press release on Thursday.

"The Runway to Recovery identifies a series of actions that airports and airlines should implement across all operations and all phases of travel to, from, and within the United States," the release said.

The measures, described in the release as "guidance" as opposed to regulations, would require passengers and staff to wear facemasks at all times when inside airports and on airplanes.

Passengers would also be required to provide contact information in case they test positive or are otherwise stricken with the novel coronavirus when traveling, so that contact tracing could begin immediately, the release said.

In addition, the release called for unspecified though frequent "health checks" of passengers and staff, separating passengers and crew while minimizing in-person interaction and shared objects, documents and surfaces.

The release noted that many of the recommendations are already being implemented by airlines, such as the facemask requirement for passengers and crew, however details such as social distancing rules appear to be left up to the industry.

For example, United Airlines on Wednesday dismissed the notion that blocking some seats onboard would keep passengers safer, while competitors Delta, JetBlue and Southwest say they block some seats, according to media reports.

US COVID-19 Public Health Practices Being Debated in Political, Not Scientific Field - Researcher