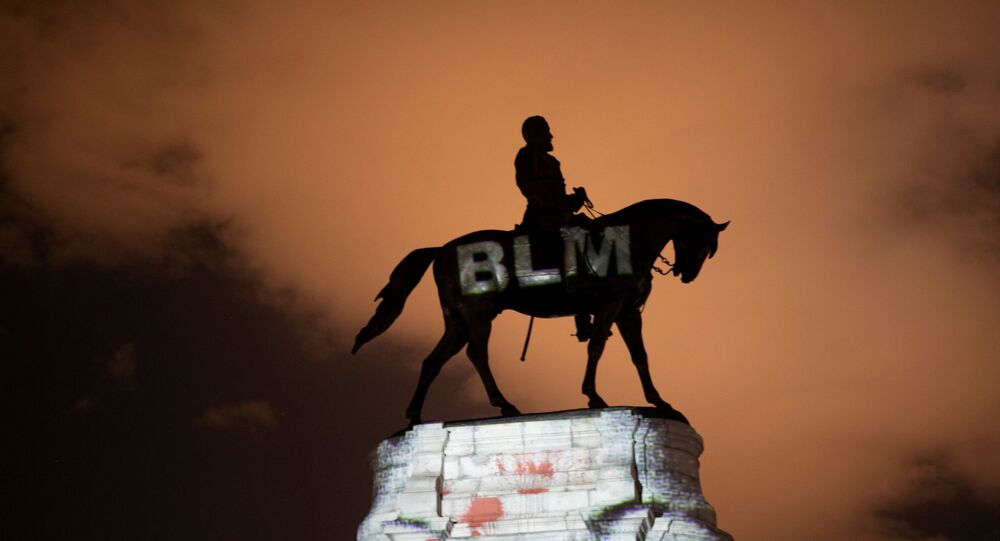 Earlier, US President Donald Trump tweeted that would veto the defence authorisation bill if it contains an amendment calling for changing the Confederate-related names of US military bases.

The US House Armed Services Committee voted for the amendment to the annual defence policy bill that envisages stripping Confederate names off of military bases and other property within one year.

The amendment, offered by Representatives Anthony Brown and Don Bacon, was approved 32-23. The latter, along with Rep. Paul Mitchell, crossed the party line to support it.

Commenting on the voting results, Brown said that the changes are supported by "vast majority of Americans" and are being made because "the history and cause of the Confederacy is centered on slavery and oppression".

“A vast majority of Americans support this, a vast majority of members of Congress support this, and a vast majority of senior leadership, both civilian and military, at the Department of Defense and the service components seek this change. We’re grappling with the country’s painful past and must acknowledge that the history and cause of the Confederacy is centered on slavery and oppression. Highly visible instances of racial violence and racism have underscored the immediate need for change", he said.

The Committee's vote comes alongside threats made earlier by Trump that he would veto the latest National Defense Authorization Act (NDAA) if it calls for renaming bases named after Confederate figures.

"I will Veto the Defense Authorization Bill if the Elizabeth “Pocahontas” Warren (of all people!) Amendment, which will lead to the renaming (plus other bad things!) of Fort Bragg, Fort Robert E. Lee, and many other Military Bases from which we won Two World Wars, is in the Bill!", he tweeted.

Despite Trump's vehement objection, the Pentagon said it is open to renaming the assets.

The amendment was inspired by Senator Elizabeth Warren last month, as she claimed that it was time to "end the tribute to white supremacy on our military installations" amid the Black Lives Matter movement spanning the country.

The protests against racial injustice sparked by the death of George Floyd in police custody have caused a wave of repulsion from the Confederate symbols, as demonstrators topple statues of Confederate personalities and initiate rebranding of assets and landmarks. Princeton University has removed the name of Woodrow Wilson from its policy centre, and there are pushes to rename the John Wayne airport.