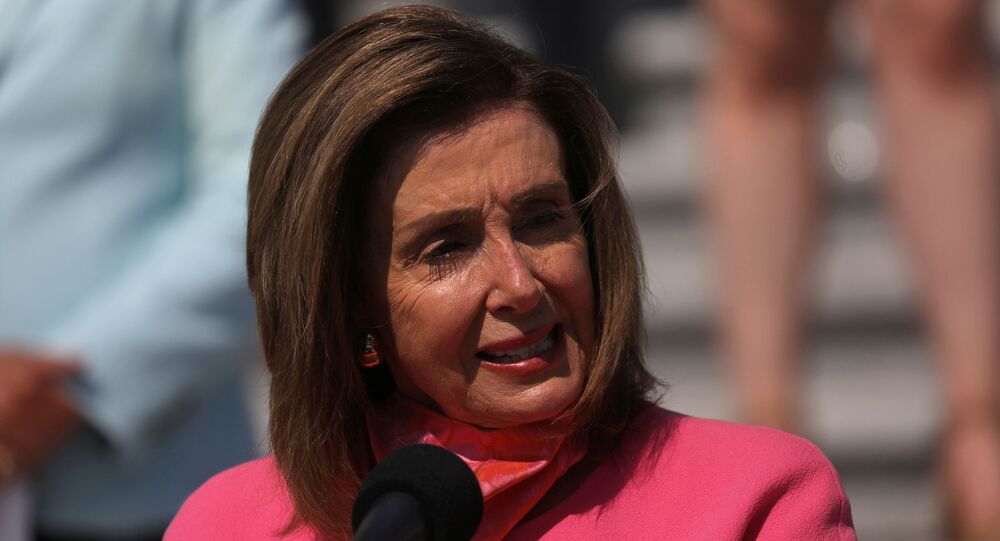 US Speaker of the House Nancy Pelosi said that the United States must impose sanctions against Russia immediately over claims that Moscow offered "bounties" to Taliban-linked militants to encourage them to kill US troops.

"We must institute sanctions against Russia and we must do it right away," Pelosi said in an interview with MSNBC.

Her comments echoed those of Senator Bob Menendez, in which he called for sanctions against Russian President Vladimir Putin, Russian Defence Minister Sergei Shoigu and other top officials in the country over allegations in media reports that Moscow offered reward money for the Taliban to kill US soldiers in Afghanistan.

Responding to the possibility of new sanctions over the unconfirmed claims, Kremlin spokesman Dmitry Peskov said that events happening in the United States are "difficult to understand" and "hard to explain".

The attacks on Russia over the allegations continue, despite the fact that a recent Pentagon report did not find corroborating evidence of Moscow-sourced bounties, only noting that Russia “very likely continues to support US-Taliban reconciliation efforts in the hope that reconciliation will prevent a long-term US military presence”.

The US Department of Defence has repeatedly noted there is no information to confirm Friday's Nytimes.com article in which the bounty allegations were sparked. US President Donald Trump dismissed claims that he was informed on unverified intelligence on the matter, insisting that "it didn't rise to that level" and suggesting that a "secret source" cited by the New York Times "probably does not even exist".

The allegations have been denied on all sides, with the Kremlin slamming the reports as "nonsense" and the Taliban refuting them while noting that its actions are not related to foreign intelligence agencies or governments.