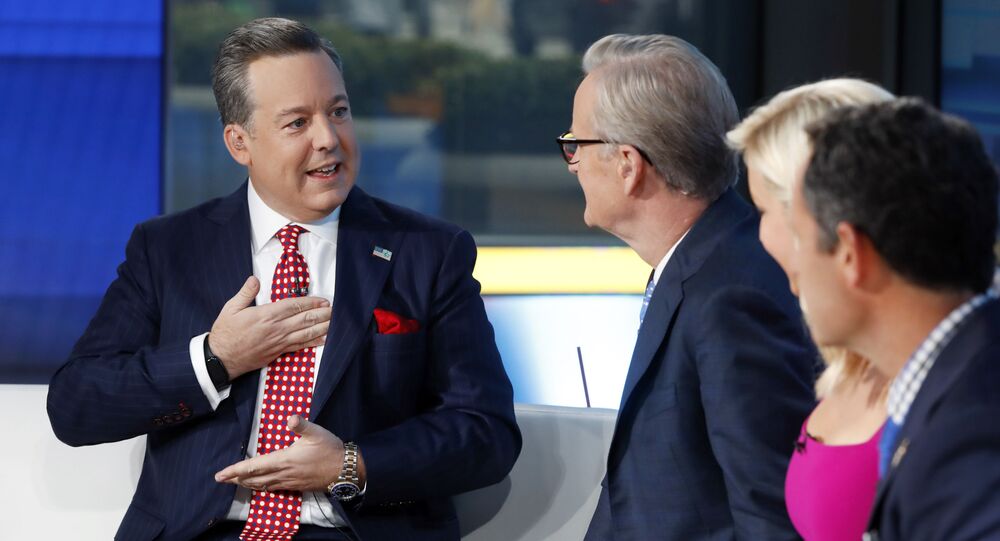 Fox News has issued a company memo informing employees that nine-year veteran Ed Henry was terminated from his position less than a week after the company received a complaint of “willful sexual misconduct in the workplace.”

Henry, the 48-year-old former co-anchor of Fox News’ mid-morning show “America’s Newsroom,” was fired from the network on Wednesday, according to a company memo obtained by Cox Media Group.

"We would like to bring a very serious matter to your attention in an effort toward full transparency given the many actions we have taken to improve the culture here over the last four years," read the letter penned by Fox News Media CEO Suzanne Scott and President and Executive Editor Jay Wallace.

"On Thursday, June 25, we received a complaint about Ed Henry from a former employee's attorney involving willful sexual misconduct in the workplace years ago. We immediately retained an outside law firm (which has never represented Fox News in investigations or litigation) to independently investigate the claims. Ed was suspended the same day and removed from his on-air responsibilities pending investigation.”

"Based on investigative findings, Ed has been terminated,” the memo stated.

“America’s Newsroom” co-anchor Sandra Smith announced Henry’s termination on Wednesday and added that “rotating anchors” will fill the open spot on the show.

Henry, who left CNN for Fox News back in 2011, previously took a break from the network in May 2016 amid allegations that he had an extramarital affair with Las Vegas, Nevada, hostess and stripper Natalia Lima. The alleged 10-month affair was detailed in an exclusive InTouch Weekly story.

Fox News claimed it was “aware of Ed’s personal issues” at the time of his break from the network and said he would “be taking some time off to work things out,” according to Variety.

While Henry lost his position as Fox News White House correspondent at the time of the allegations, he returned to the network in August 2016 as a chief national correspondent.

Henry has yet to issue a public comment on the matter since his firing.