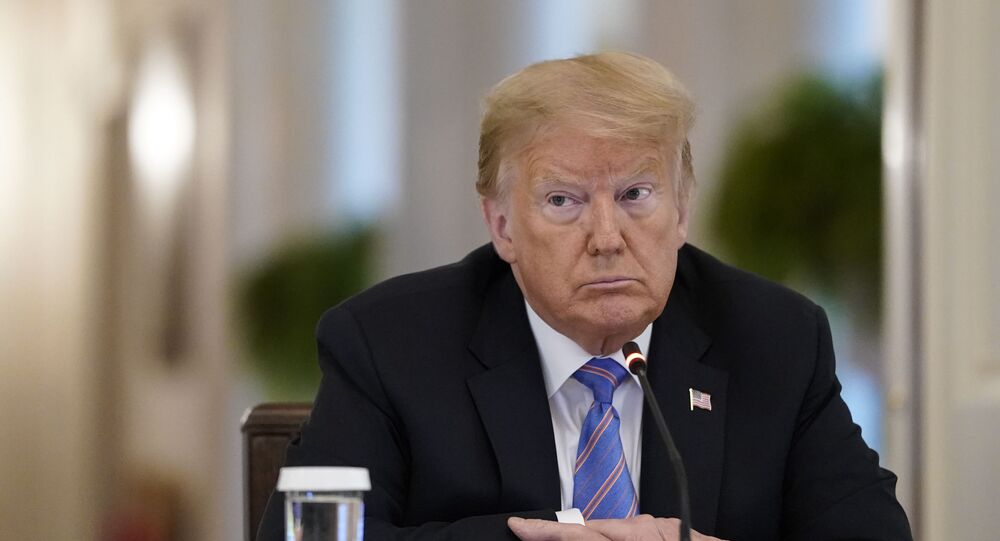 US President Donald Trump had previously referred to the military bases named after Confederate leaders as “Hallowed Grounds” where soldiers that won two World Wars were trained. He added that his administration “will not even consider” the idea.

US President Donald Trump has vowed to veto the annual defence bill if it is amended to require the renaming of all US army bases with links to the Confederacy.

The $740.5-billion bill, which directs how the Pentagon and other federal agencies spend money on defence policy, is currently being debated in the Senate.

Elizabeth Warren, an early 2020 Democratic front-runner and Massachusetts senator, last month introduced a bipartisan amendment to the bill to change the names of all ten bases and other military assets – such as streets, aircraft, and ships – named after Confederate officers.

“It’s long past time to end the tribute to white supremacy on our military installations,” Warren said. The Republican-led Senate Armed Services Committee passed her amendment the following week.

In a dramatic reversal of its decades-long policy, the Pentagon has indicated it is open to renaming the installations. Those include North Carolina-based Fort Bragg, one the Army’s most iconic bases, as well as Fort Hood in Texas and Fort Benning in Georgia, all of which are named after Confederate generals.

Donald Trump vehemently opposed the idea. “The United States of America trained and deployed our heroes on these Hallowed Grounds, and won two World Wars,” he said, adding that his administration would “not even consider” the renaming.

Plans and petitions to rename the bases have stalled in the past, but the current initiative received more momentum in light of Black Lives Matter protests in the United States. A campaign has emerged to remove from public places monuments and other imagery commemorating figures who activists associate with slavery or racism, including Confederate generals and slave-owning presidents.

Last month, House Speaker Nancy Pelosi called on Congress to take steps to remove from the US Capitol 11 statues depicting Confederate leaders and soldiers from the Civil War.