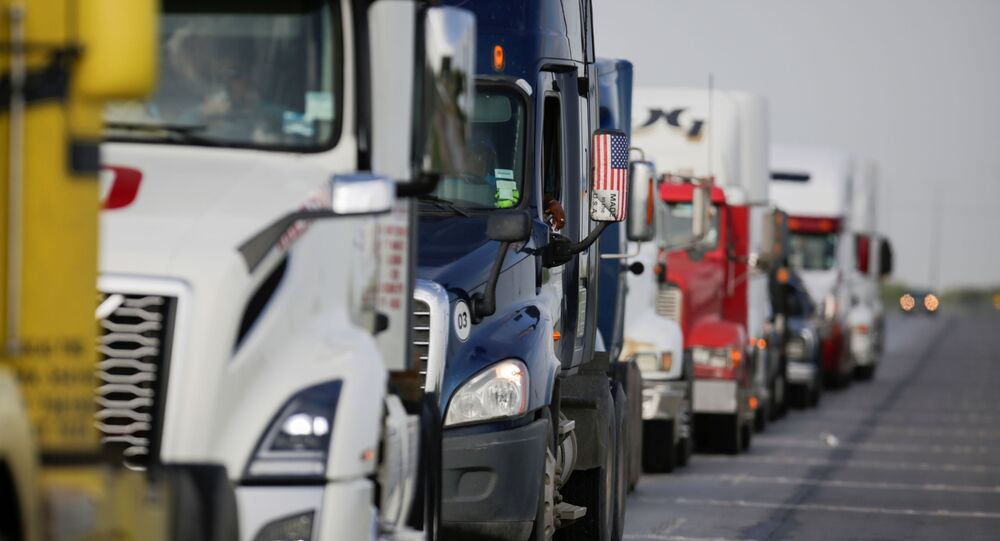 WASHINGTON (Sputnik) - The US-Mexico-Canada trade agreement (USMCA) enters into force on Wednesday, amending the rules of the multitrillion regional market to the liking of President Donald Trump and becoming a possible benchmark for future commercial pacts.

It replaces the North American Free Trade Agreement (NAFTA), signed in 1993 and repeatedly denounced by Trump as a "disaster" for the United States.

“We believe USMCA will ensure North America remains the world’s economic powerhouse and that the agreement will create high-paying jobs for the Americans, Canadians and Mexicans while growing the North American economy,” US Deputy Under Secretary for International Trade Joseph Semsar said during the videoconference at the Wilson Center's Mexico Institute and Canada Institute.

“USMCA will also have ramifications far beyond North America as it sets a new higher benchmark and template for future US trade agreements. The provisions contained in USMCA will be the starting point for new trade deals with countries in Asia and in Africa, Europe and elsewhere,” he added.

The new pact enforces stricter country of origin and labor rules, which mean that to qualify for zero tariffs automobiles must have 75 percent of components manufactured in the US, Mexico or Canada and up to 45 percent of automobile parts must be produced by workers earning at least $16 an hour.

USMCA also extends the term of copyright to 75 from 50 years after the author’s death and introduces numerous provisions regulating digital trade.

According to Semsar, USMCA is expected to add $68.2 billion to the US GDP and create 176,000 new jobs in the country.

Trump Got ‘Near Sadistic’ With Foreign Women Leaders Over Phone, ‘Outplayed’ by Putin: CNN