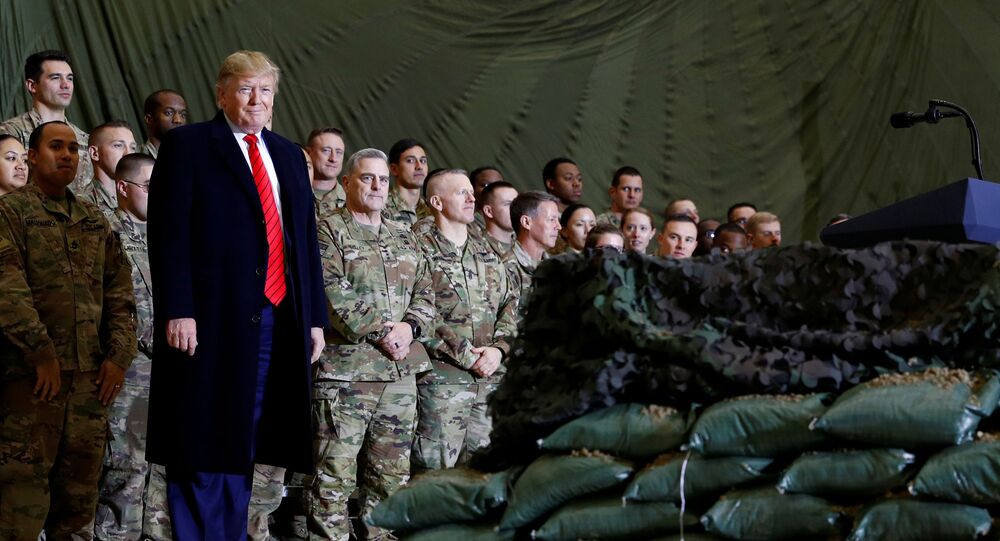 WASHINGTON (Sputnik) - The US intelligence community's claims that Russia offered bounties for US soldiers in Afghanistan is allegedly supported by data obtained showing financial transfers from the GRU to a Taliban-linked account, the New York Times reported citing three officials familiar with the matter.

The report on Tuesday said that US analysts concluded based on other intelligence that the transfers were likely part of a bounty program detainees talked about during interrogations.

Russian officials have denied the allegations in the article as false and characterized them as being part of the internal political infighting in the United States.

On Friday, the New York Times published an article citing unnamed intelligence officials saying President Donald Trump had received an intelligence report claiming Russia could have paid bounties to Taliban-linked militants to assassinate US and coalition troops in Afghanistan.

Earlier on Tuesday, White House Press Secretary Kayleigh McEnany said the leak of classified information in the report damages the United States' ability to collect intelligence and will likely mean the US intelligence community will not reach a consensus to verify the information.

Senator Joni Ernst said during a press conference earlier in the day that the briefing she and other lawmakers received from US intelligence officials regarding the allegations showed no corroboration.

The Democratic Congressman Adam Schiff told the Wall Street Journal that one of the US intelligence agencies has a dissenting view and evidence to dispute the accusations.

Earlier on Tuesday, Russian Ambassador to the US Anatoly Antonov said the unsubstantiated allegations are meant to disrupt cooperation between Russia and the United States.

US Should Consider Imposing More Sanctions on Russia Over Bounty Allegations, Schiff Says