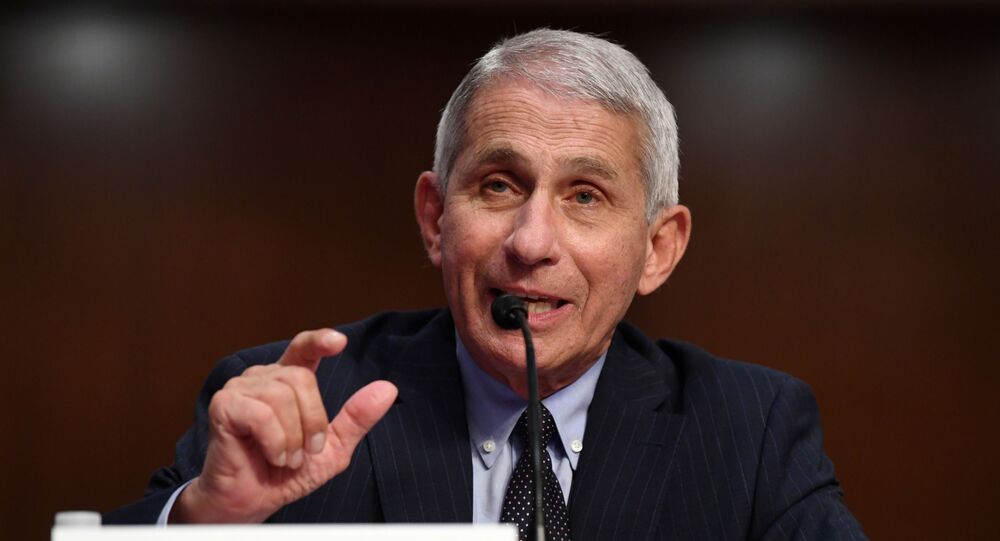 On Monday, a new study published in the Proceedings of the US National Academy of Sciences revealed that a new strain of swine flu, dubbed G4 EA H1N1, has been identified in China. The new influenza virus is said to have genetically descended from A/H1N1, which caused the 2009 swine flu pandemic.

Dr. Anthony Fauci, director of the US National Institute of Allergy and Infectious Diseases, warned on Tuesday that the country should pay more attention to a new strain of swine flu spreading in China, to avoid repeating the scenario of how Washington has handled the coronavirus (COVID-19) pandemic.

Fauci, the US government’s top infectious-disease expert, said that the new influenza virus, known as G4 EA H1N1, has the potential to become a pandemic.

Speaking in a Senate Health, Education, Labor and Pensions Committee hearing on Tuesday, Fauci noted that there is no evidence of human-to-human transmission of the virus yet, but the virus is exhibiting “reassortment capabilities”. The health expert explained that when there is a new virus that has the potential to trigger a pandemic, it’s usually either due to mutations and/or a reassortment, or exchange, of genes.

“And they’re seeing a virus in swine [...] now that have characteristics of the 2009 H1N1, of the original 1918 [influenza] – which many of our flu viruses have remnants of that in it – as well as segments from other hosts like swine,” Fauci said, cited by Fox News.

The expert explained that when all the factors are combined, along with some of the elements that could make it susceptible to being transmitted to humans, the possibility of a new pandemic similar to the 2009 swine flu, would be high.

“It’s something that’s still in the stage of examination, it’s not so-called an immediate threat where you’re seeing infections, but it’s something we need to keep our eye on just the way we did in 2009 with the emergence of the swine flu,” Fauci said.

In a study published Monday in the journal Proceedings of the National Academy of Sciences, researchers said that pigs have been increasingly infected with the virus G4 EA H1N1 in China, beginning in 2016.

“G4 viruses have all the essential hallmarks of a candidate pandemic virus,” the study authors stated.

During the 2009 H1N1 pandemic, the United States saw around 60.8 million infection cases, over 274,000 hospitalizations and 12,469 fatalities, according to US Centers for Disease Control and Prevention estimates.

On Monday, Fauci also warned that the US could see a surge in COVID-19 infections, up to 100,000 new cases per day, if the nation does not slow the ongoing virus outbreak. He called for the government to take action “very quickly”.

“We’re going in the wrong direction if you look at the curves of the new cases,” Fauci told the Senate Health Committee. “We need to do something about that and we need to do it very quickly”.

The current average of the daily coronavirus cases in the US is at least 40,000, the highest number yet recorded since the outbreak of the pandemic.