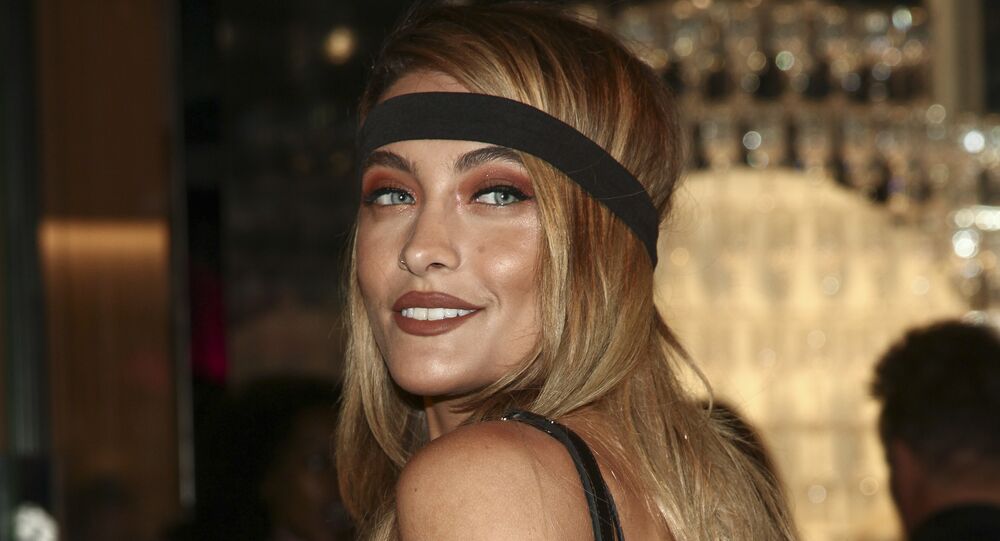 The film Habit which has been described as “a rock-n-roll take on the life of the messiah”, portraying Jesus as a “woman with tousled hair and a nose ring” has caused concerns amongst the Christian community.

Over a quarter of a million people have signed a petition calling for a ban on a film starring Paris Jackson depicting Jesus.

The 22-year-old model, actor and daughter of the late pop star Michael Jackson is set to star in the film Habit, opposite Bella Thorne and musician Gavin Rossdale.

According to a press release, Thorne plays a “street smart, party girl with a Jesus fettish who gets mixed up in a violent drug deal and finds a possible way out by masquerading as a nun.”

Jackson, who plays Jesus, appears to her several times throughout the film dressed as in a traditional robe, with tousled waves and a nose ring.

Uhh so are we just gonna ignore the fact that Paris Jackson might be playing A LESBIAN JESUS in the new upcoming film, “The Habit”???
This is blasphemy and beyond disrespectful to our Lord and Savior#CancelParis #CancelCulture pic.twitter.com/ShkO1HUaiY

​The film has been denounced as “Christianophobic garbage” in a petition to prevent its release, which has gained over 260,000 signatures so far.

This is a film about "lesbian jesus" very disrespectful to my religion. Sign this petition to get this movie cancelled. If your following Paris Jackson DONT.
Warner Brothers: PREVENT THE DISTRIBUTION OF THE FILM “HABIT” - Sign the Petition! https://t.co/tSPQY6UkJB via @Change

​The Change.org petition started by Vivien N had targeted Warner Bros and Lionsgate and claims that the film Habit portrays Jesus as a “lesbian woman.”

“A new blasphemous Hollywood film is predicted to come out soon depicting Jesus as a lesbian woman,” it says.

“Distributors haven’t picked it up as of yet, so let’s please spread awareness and wake people up to the Christianophobic garbage that is spread nowadays, but is somehow accepted and praised by society.”

As a gay Christian, I am delighted. Happy Pride.

​The film also sparked controversy with a campaign organisation One Million Moms, which describes the film as “sacrilegious” and “ridicules people of faith.” The campaign has started its own petition which has been signed by over 69,000 people.

Uhh so are we just gonna ignore the fact that Paris Jackson might be playing A LESBIAN JESUS in the new upcoming film, “The Habit”???
This is blasphemy and beyond disrespectful to our Lord and Savior#CancelParis #CancelCulture pic.twitter.com/ShkO1HUaiY

​Habit was filmed before the coronavirus pandemic and is currently in post-production. The film does not yet have a release date or a distributor.