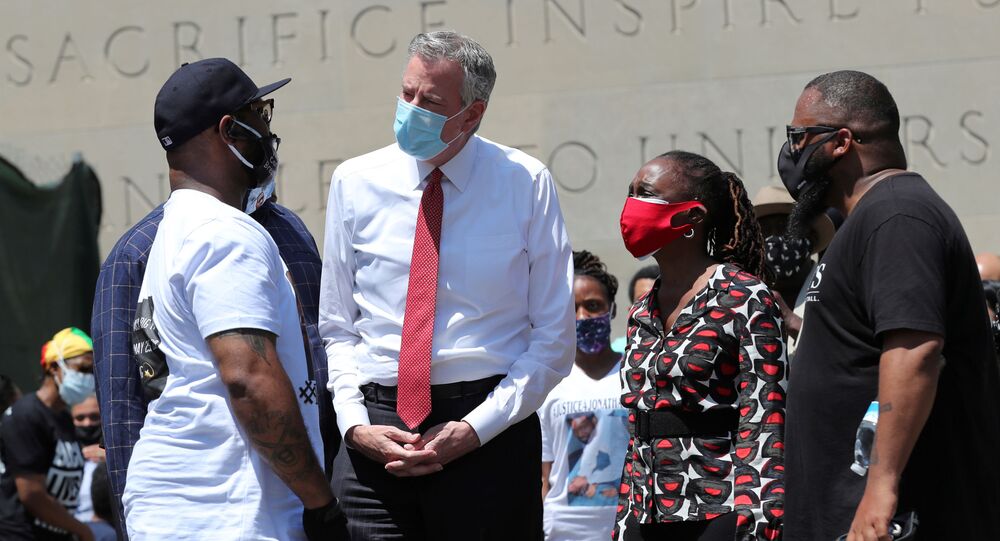 WASHINGTON (Sputnik) - New York City Mayor Bill de Blasio announced plans to cut the city’s police department (NYPD) budget by $1 billion and use the money to fund social programs that he said will address the causes of crime.

"My office presented to the city council a plan that would achieve a billion dollars in savings for the NYPD and shift resources to young people, to communities in a way that would help address a lot of the underlying issues that we know are the cause of so many problems in our society," de Blasio said in a televised webcast on Monday.

Be Blasio added that his plan would achieve "real redistribution and at the same time ensure that we keep our city safe."

The announcement came as protesters continued a sit-in at city hall calling for defunding of police in response to protests sparked by the death of African-American George Floyd in police custody in Minneapolis, Minnesota, on 25 May.

The mayors of San Francisco and Los Angeles have proposed similar cuts to their cities’ police budgets while other cities have focused on measures to enhance oversight.

The NYPD has an annual budget of about $6 billion, according to media reports.