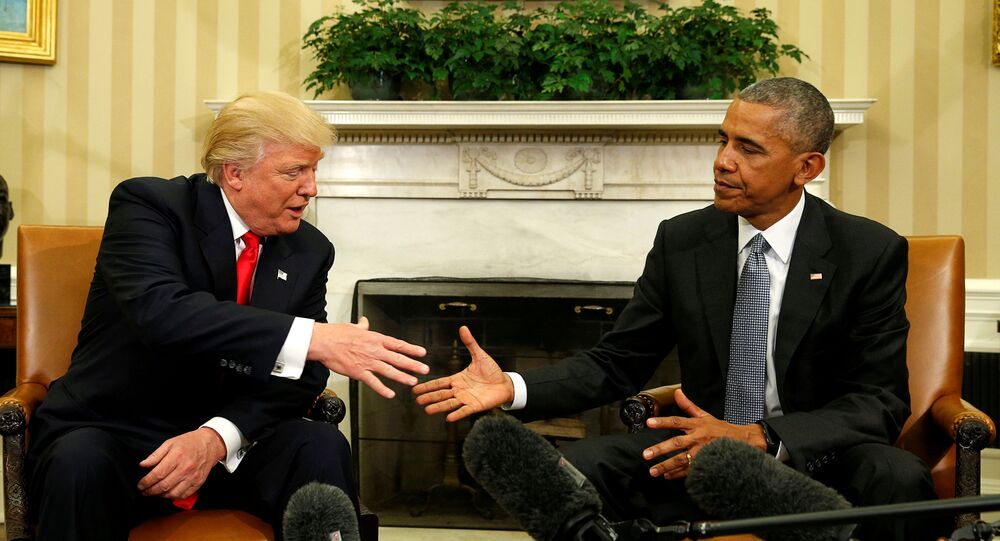 US President Donald Trump described the COVID-19 coronavirus as the 'Kung Flu' during his first public campaign event in months, in Tulsa, Oklahoma, on 20 June, doubling down on the use of the term at an Arizona rally for youth last week.

During an invite-only fundraiser held last week for former Vice President Joe Biden's presidential campaign, Obama rejected Trump's use of the term at recent rallies in Oklahoma and Arizona.

“I don’t want a country in which the president of the United States is actively trying to promote anti-Asian sentiment and thinks it’s funny. I don’t want that. That still shocks and pisses me off”, the former president said, quoted by The Hill.

Trump administration officials last week defended the current US president's use of the term, claiming that it was not intended to promote anti-Asian sentiment, but instead was meant to highlight the origin of the deadly virus, believed to be in the city of Wuhan, China.

"My reaction is that the president has made very clear that he wants everybody to understand, and I think many Americans do understand, that the virus originated in China," Trump senior adviser Kellyanne Conway told CBS reporters.

Conway previously called the comment "highly offensive" and demanded to know for the identity of the journalist who used the phrase.

"That’s highly offensive, so you should tell us all who it is," Conway told a reporter in March.

Last week, reports emerged that the term 'Kung Flu' was coined during the Obama administration, and was used at two federally-run Veterans Affairs hospitals in official materials.

These are ACTUAL Obama era slogans:

"Become a Kung Flu Fighter! Get Your Flu Shot!"

"Kung Flu -- Knock it out before it knocks YOU out!"https://t.co/DuU318pcqS pic.twitter.com/al0eQLHvdx

Critics have noted that the term has led to a rise in anti-Asian sentiment, blaming an ethnicity for the rise of a global pandemic.