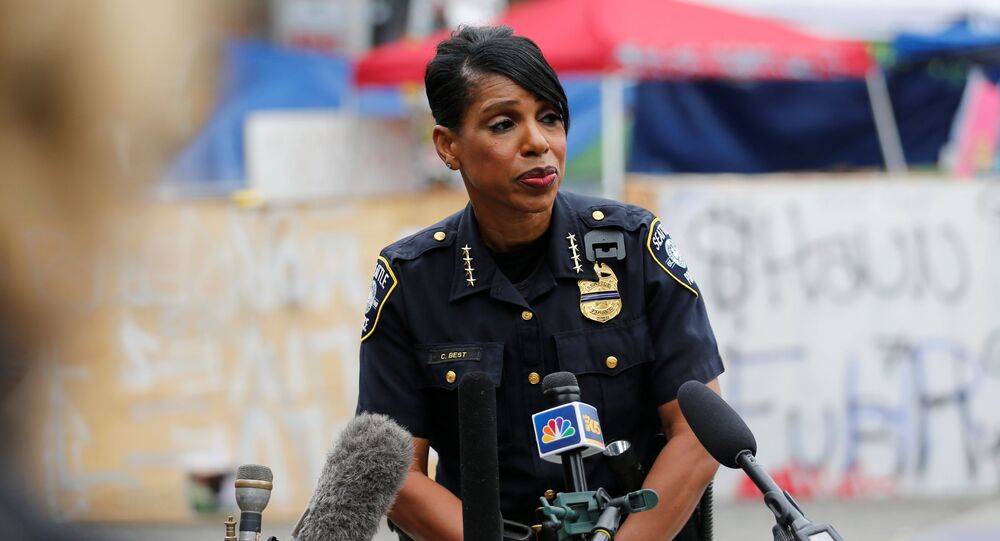 WASHINGTON (Sputnik) - The Seattle Police Department confirmed in a statement on Monday that a 16-year-old male was the victim in a shooting earlier in the day near the so-called Capitol Hill Organized Protest (CHOP) zone, which is occupied by anti-police demonstrators.

"Detectives have identified the deceased victim as a 16-year-old male," police said in the statement.

Another 14-year-old victim in the incident is still receiving treatment from gunshot wounds at Harborview Medical Center, the statement said.

Seattle Police Chief Carmen Best said during a press conference on Monday that investigators have no information about the incident and no leads on possible suspects.

City efforts to dismantle the zone have so far been thwarted by protesters, who reportedly blocked authorities from reaching the victim who was fatally wounded in last week’s shootings.

Last week, one of the protest leaders, David Lewis, told Sputnik that the Capitol Hill Organized Protest (CHOP) area is not an autonomous zone as alleged by President Donald Trump and others. He also said the group has no plans to secede.