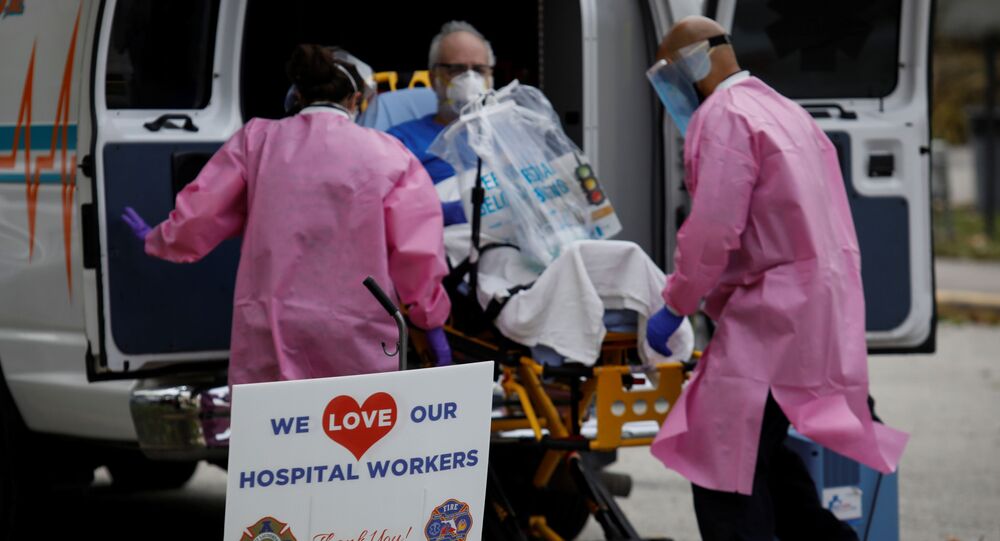 The Texas Medical Center (TMC) hospital system in downtown Houston stopped publishing information about the system’s intensive care unit (ICU) capacity on Monday, just a few days after updating its website to reflect that the hospital system’s ICUs have reached 100% capacity due to the intensifying COVID-19 outbreak in the state.

Data released on Thursday said that 100% of the system’s ICU beds were full. However, on Monday, the medical complex removed ICU data from its website, though the site still includes a graphic titled “Overview of TMC ICU Bed Capacity and Occupancy.”

According to a report by the Houston Chronicle, the TMC deleted charts that showed base and surge ICU capacity. The Houston Chronicle also reported that the deletion came days after a conversation between Texas Governor Greg Abbott and hospital executives “in which the governor expressed displeasure with negative headlines about ICU capacity.”

However, that claim was denied by a spokesperson for the governor’s office, who said that the governor had requested more accurate information on ICU capacity.

“The governor’s office believes all hospitals should be reporting accurate data to the state and to the public as often as possible,” the spokesperson told the Houston Chronicle. “We demanded more information to share, not less.”

Texas is one of the US states experiencing sharp surges in new daily numbers of COVID-19 cases. The latest data by the Texas Department of Health shows that 5,357 new cases of COVID-19 were confirmed in the state on Sunday. Since June 23, Texas has experienced more than 5,000 new cases daily.

Last week, Abbott announced that he would be pressing pause on the state’s reopening plan.

“The last thing we want to do as a state is go backwards and close down businesses,” Abbott said on Thursday, The Hill reported. “This temporary pause will help our state corral the spread until we can safely enter the next phase of opening our state for business.”

“I ask all Texans to do their part to slow the spread of COVID-19 by wearing a mask, washing their hands regularly, and socially distancing from others. The more that we all follow these guidelines, the safer our state will be and the more we can open up Texas for business,” added.