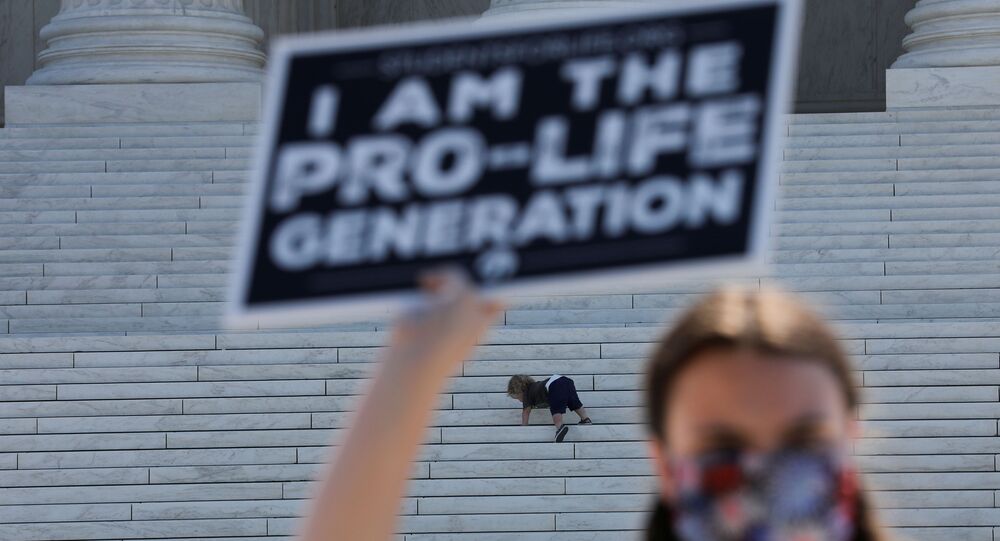 In 2014, Louisiana passed a legislature requiring any doctors performing abortion procedures to obtain "privileges" at a hospital located within around 50 kilometres of a clinic, a measure that has since been challenged by pro-abortion advocates.

The US Supreme Court struck down a Louisiana law on Monday, which placed restrictions on doctors who perform abortions, Reuters reported. The decision, authored by Associate Justice Stephen Breyer, was by a 5 to 4 majority, with Chief Justice John Roberts supporting the case against the anti-abortion restrictions.

The law in question, adopted in 2014, required doctors performing the procedure to obtain so-called "admitting privileges" arrangements at a hospital within 48 km of the abortion clinic. According to the ruling, the Louisiana restrictions on abortion were unconstitutional.

The legislation has been challenged by two Louisiana doctors and a clinic, citing concerns that it leaves only one specialist in one clinic to perfom the thousands of abortions that women seek in the state every year. According to the Hope Medical Group's lawyers, two other Louisiana's clinics performing abortions would have to close down as the result of the legislation. A trial judge argued that the law was not providing "health benefits" to women while complicating their right to get an abortion in violation of the Constitution

© REUTERS / CARLOS BARRIA
An anti-abortion activist holds a replica of a human fetus as demonstrators gather outside the U.S. Supreme Court building in Washington, U.S., June 29, 2020

In 2016, the court took a similar decision in relation to Texas law, which required doctors to obtain "admitting privileges". Then-Justice Anthony Kennedy supported the decision at that time that the state imposed an "undue burden" on a woman's right to get an abortion and did not provide any medical benefits to those seeking the procedure.

The Louisiana case is the first dispute related to abortion since Neil Gorsuch and Brett Kavanaugh, who succeeded Kennedy, were appointed as justices by Donald Trump in 2017 and 2018 respectively. Trump promised during his 2016 election campaign to appoint judges who would repeal Roe v. Wade, a landmark 1973 US Supreme Court case, which legalised the nationwide right to abortion. Both Gorsuch and Kavanaugh voted in favour of the Louisiana restrictions.